BA Lady Cougars on to MAIS 4A semifinals 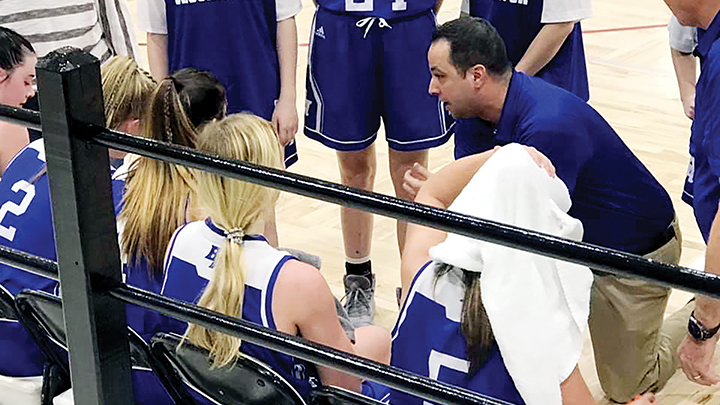 The Brookhaven Academy Lady Cougars (25-11) will play in the MAIS 4A State Tournament semifinals Friday at 2 p.m.

The Lady Cougars gained that berth by beating Bayou Academy 36-28 in an opening round game Tuesday night at Hartfield Academy.

BA locked down defensively in the first half and led 16-13 at the halftime break.

In the third quarter the Lady Cougars began to get things going offensively as junior guard Makayla Martin hit two big shots in the quarter — including a 3-pointer — that helped BA stretch their lead to 26-19 heading into the final quarter.

In the fourth quarter Gates scored five points and sophomore guard Madison Moak sealed up the win by going 4-of-5 from the free throw line late in the game.

Bayou Academy (24-9) — from Cleveland — was led by Katy Clark with nine points in the loss.

The attention now turns to Hartfield Academy (28-4) who beat the Lady Cougars 65-34 last week in the south state tournament. The Lady Hawks won 56-30 over Starkville Academy in their tournament opener Tuesday night.

What has to change for BA to beat a HA team that hasn’t lost on their homecourt since a 37-29 defeat by Jackson Prep on Dec. 12?

“We’ve got to value the basketball more than ever,” said Kessler. “Their length at every position wreaks havoc on opponents. We must handle their full-court pressure and not turn it over like we did against them last week.”

A win would move BA to the championship game Saturday at 2:15 p.m. A loss would place the Lady Cougars in the consolation game that precedes the finals at 1 p.m. The top three teams from the 4A tournament qualify for the Overall State Tournament next week at Mississippi College.