Brother of defendant: ‘I begged him to turn himself in’ 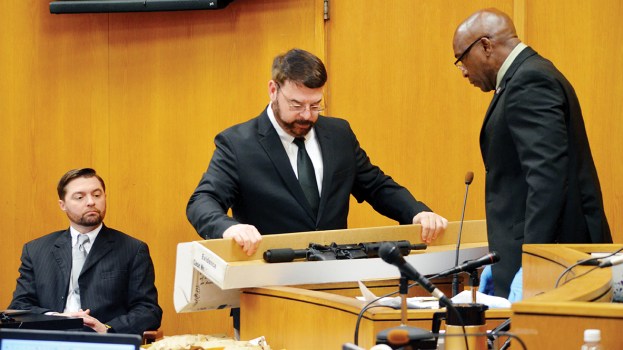 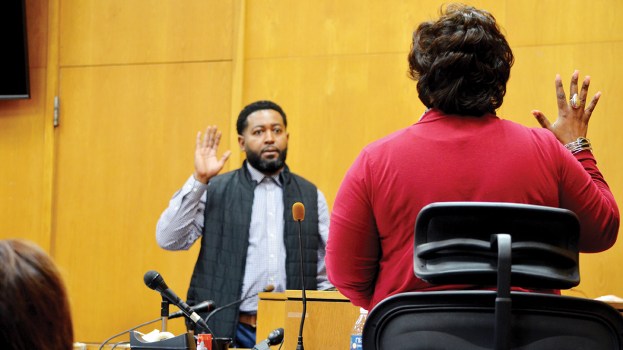 Photo by Donna Campbell/The Daily Leader Chris Godbolt, the brother of defendant Cory Godbolt, is sworn in to testify Thursday during Day 6 of Godbolt’s capital murder at the Pike County Courthouse in Magnolia. 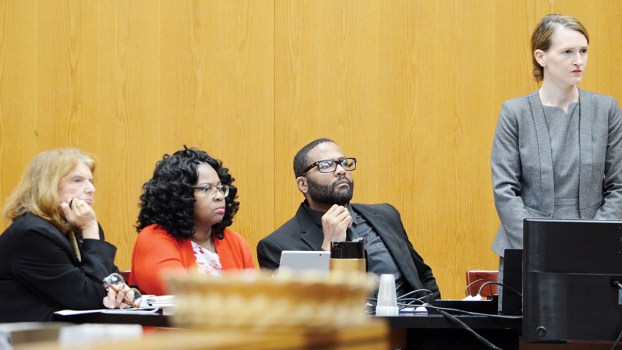 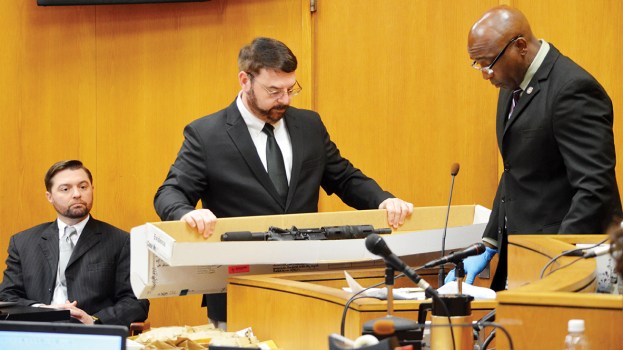 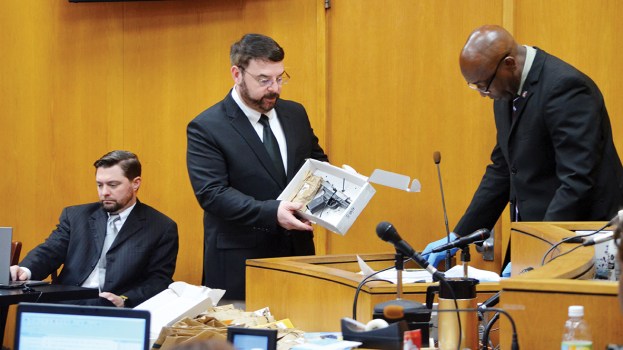 Before his testimony even began Thursday in the capital murder trial of a Bogue Chitto man accused of killing eight people in a violent rampage in 2017, the defendant’s brother broke down in tears and had to leave the courtroom.

When he returned a few minutes later, Chris Godbolt Jr., two years older than his brother, told a story of a man who cared deeply for his cousin’s son, 18-year-old Jordan Blackwell, and Jordan’s cousin, 11-year-old Austin Edwards, yet pulled the trigger repeatedly in the early morning hours of May 28, 2017, and ended their lives.

“Cory loved them kids,” he said, wiping away tears.

“Did he ever take up time with them?” Assistant District Attorney Brendon Adams asked.

“All the time,” Godbolt replied.

Godbolt testified his brother spent time with Blackwell, a junior at Brookhaven High School and a player on the Ole Brook Panthers football team. They’d often toss around a football.

Edwards and Blackwell were shot and killed at Blackwell’s home on Coopertown Road in Bogue Chitto. The state believes that was the second stop on Cory Godbolt’s killing spree, having killed four people on Lee Drive earlier in the evening — Lincoln County Sheriff’s deputy William Durr, Barbara Mitchell, Brenda May and Toccara May.

When he left Coopertown Road, he made his way around Lincoln County in a stolen car. He pulled up at his aunt’s house with Xavier Lilly, a 16-year-old he’d kidnapped from the Blackwell house after the shootings. He wanted keys to another vehicle and he asked his younger brother Kenyatta Godbolt to give him some.

“He told me I had five seconds to get him one or he was going to kill everyone in there,” Kenyatta Godbolt testified Thursday.

He said his brother started counting down from 5 with one of the rifles on Lilly’s shoulder pointed at him. When he got to 2, Kenyatta Godbolt ran screaming into the house and got keys for a Nissan Altima.

He said he threw a rock at the Altima as they left and then he flagged down a police officer soon after and told him which direction his brother had gone.

Before he was located by law enforcement officers, Godbolt would reach his final destination — the home of Ferral and Sheila Burage on East Lincoln Road.

Mississippi Crime Lab investigator Terrence Packer identified several guns Thursday that were recovered at the third crime scene — the Burage home — including a Serbian 7.62×39, an AK-47, and a Windham .300 Blackout, an AR-15.

The jury was shown photographs of the guns and dozens of projectiles and shell casings from the two rifles and two pistols scattered about the living room where the bloody body of Ferral Burage lay just inside the bullet-ridden door. They saw other photos of Sheila Burage’s body slumped over in the bathroom and blood splattered all through the living room.

“I begged him to turn himself in,” he said.

Chris Godbolt could hear sirens in the background.

“He was afraid the police would kill him,” Godbolt told defense attorney Katherine Poor on cross examination. “We talked about the kids. He asked me to tell them he loved them. He asked me would I take care of them and I told them I would. He kept telling me, when I asked him what happened, they were trying to take the kids away from him.”

The trial resumes today at 8:30 a.m. Circuit Judge David Strong said he will likely give the jury a break Saturday since there will be a Mardi Gras Festival next to the courthouse that day.

The DeSoto County jury began the selection process in Hernando Feb. 10 and testimony began Feb. 15 in Magnolia. Testimony will likely begin after the break around 1 p.m. Sunday and continue into the week.

Five hundred letters were sent to potential jurors in DeSoto County in North Mississippi and after four days of questioning, attorneys selected the panel that will determine Godbolt’s fate.

The jury of Godbolt’s peers includes 11 women — nine white and two black — and a white man.

The women include two stay-at-home mothers, 35 and 36; a school counselor, 33; an electric company business manager, 46; a payroll clerk, 53; a retired FedEx worker, 62; and IT administrator, 47; a mental health worker, 24, a church office administrator, 41; a customer service agent, 65; and a county school education assistant, 37. The man is a 53-year-old warehouse worker.

During the trial, the jurors are sequestered. They are in private rooms at a McComb hotel and they’re taken to breakfast by court bailiffs. They’re not allowed to watch the news, read the newspaper, use the Internet or talk to anyone about the trial, including each other until deliberations.

Their lunches are catered each day and they’re taken to dinner each night.

They are not allowed to take notes during the trial, only sit in a cold courtroom and watch as the state attempts to prove the charges against 37-year-old Godbolt are true — four counts of capital murder, four counts of murder, one count of attempted murder, two counts of kidnapping and one count of armed robbery.