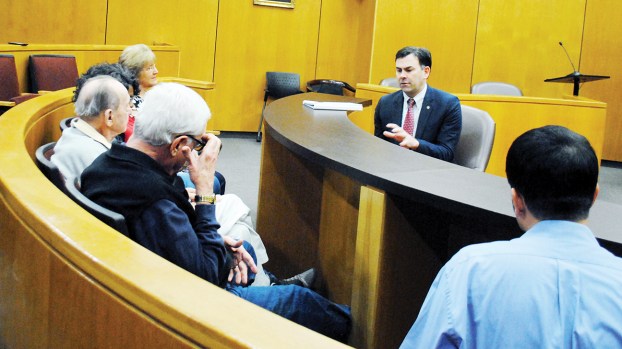 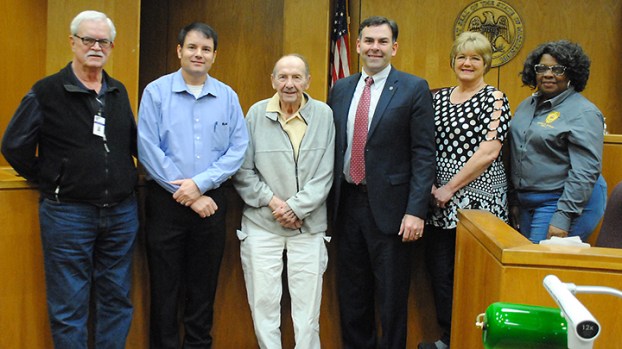 Mississippi’s new Secretary of State Michael Watson visited the Brookhaven-Lincoln County Government Complex Thursday as part of his tour of all 82 counties. Watson met with Circuit Clerk Dustin Bairfield and several of Lincoln County’s election commissioners to hear their concerns about the election process.

“We made a commitment to all of our 82 counties with the idea making sure we have the friendships and relationships with our clerks and our commissioners,” Watson said. “Everybody doesn’t know everything. Having a network of people to call when you see things on the front lines — what does this look like, how does it impact the county, what can we do better to serve at the secretary of states office?”

Bairfield said in the meeting that running smooth local elections is a big part of his role as circuit clerk, and he brought several concerns to the meeting, from the difficulties in finding new poll workers to issues with how long individual counties had to decide whether they would spend state funds, leaving funding discussions to continue until nearly the end of the year.

“I’m ready to upgrade,” Bairfield said. “The Board (of Supervisors) is ready to upgrade. But we don’t have the money. They would put the money up front, but you know, how could I purchase something this year if I’m getting reimbursed next year? I’m pretty sure it has to be the same year. We could run into issues with the state auditor.”

Watson said it’s important for him to listen to issues like this from local election officials to inform his discussions with state Legislators.

“When we do see things came down from the Legislature or elsewhere, I want to make sure I can be a voice for our clerks and our commissioners and hopefully stay on the same page,” Watson said.

Watson said that Mississippi is a “bottom-up” state where county supervisors have a lot of leeway on what kind of voting machines are purchased. Describing himself as a conservative, “local control guy,” Watson said he approves of this policy, but he hopes to find a consensus in the counties and leverage the state’s buying power to find better, bulk-price deals from vendors.

Watson said he doesn’t have a specific vendor in mind at this time, but he does see patterns beginning to emerge from county to county. He believes a consensus is possible, though he expects some back and forth discussion to take place first.

“We’re starting to see the same types of requests from the counties,” Watson said. “So I think that’s where we can step in and say, look, you’ve all kind of said you want to go paper ballots or you want to go this route. Here are a couple of vendors. Here are the ones we think we can get the best price. Is this something you would like to do?”