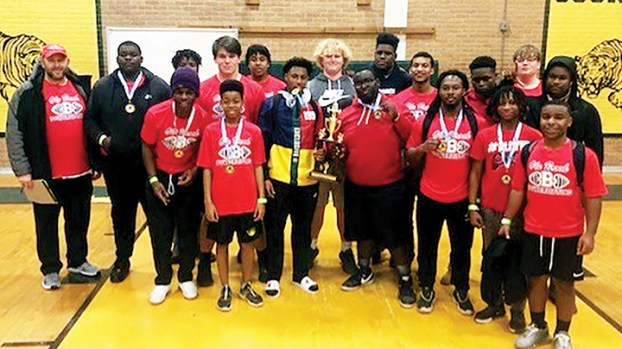 BHS powerlifters are top in Region 3-5A

The Brookhaven High Panthers showed they are the strongest program in Region 3-5A at division meet hosted by Jim Hill. BHS beat out Jim Hill and Wayne County to get first place as nine of the 12 BHS lifters went over 1,000 combined points in their lifts.

Last season, the Panthers were second place finishers at the region meet.

With a combined total of 1,355 pounds lifted in bench, squat and deadlift, Lewis was the top lifter in the entire meet regardless of weight.

“Overall I’m pleased with all our guys,” said BHS powerlifting coach Russ Britt. “Every lifter did their part in getting points and eight of our 12 will move on to south state. This group of guys is always ready to put in hard work. They’re very dedicated and I’m extremely proud of them.”

BHS will participate in the 5A south state meet on March 21 at West Lincoln.