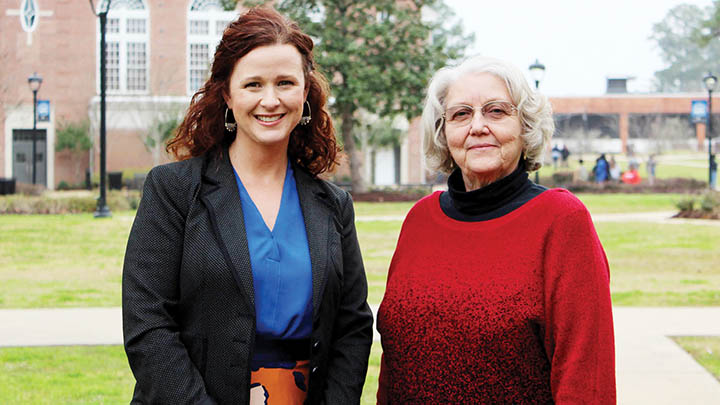 The James Gabriel “Gabe” Terrell Scholarship was recently endowed with the Copiah-Lincoln Community College Foundation. Mary Jane James, of McCall Creek, created this scholarship in memory of Terrell, also of McCall Creek, to benefit students graduating from a high school in Lincoln County.

Terrell began his 25-year teaching and coaching career at Bogue Chitto (13 years), followed by Enterprise (4 years), and finally Brookhaven High School (8 years). At Bogue Chitto, Terrell took teams to the state basketball tournament 11 of 13 years and was selected to coach the Mississippi Boys All-Star Team in 1977, winning 95-61. During his tenure at Enterprise, he led the girl’s basketball team to its first state tournament appearance. In 1989, Terrell was selected to coach the Mississippi Girls All-Star Team, winning 76-69.  In his final year of coaching, the Brookhaven girl’s basketball team finished runner-up in the state tournament.

“In his lifetime he impacted the lives of numerous students and athletes. He was the best person I have ever known, always trying to help anyone who needed him. He loved unconditionally and he saw the good in everyone,” said James. “It seems only fitting to establish this scholarship in Gabe’s memory to continue his legacy of helping others.”

“We are so pleased to offer this new scholarship for students from Lincoln County in memory of Coach Terrell,” said Angela Furr, foundation executive director. “His long-standing dedication to students will carry on for years to come.”

Contributions to the James Gabriel “Gabe” Terrell Scholarship, or any other scholarship, can be mailed to the Co-Lin Foundation at P.O. Box 649, Wesson, MS 39191, or given online at www.colin.edu/alumni-foundation/give-now.