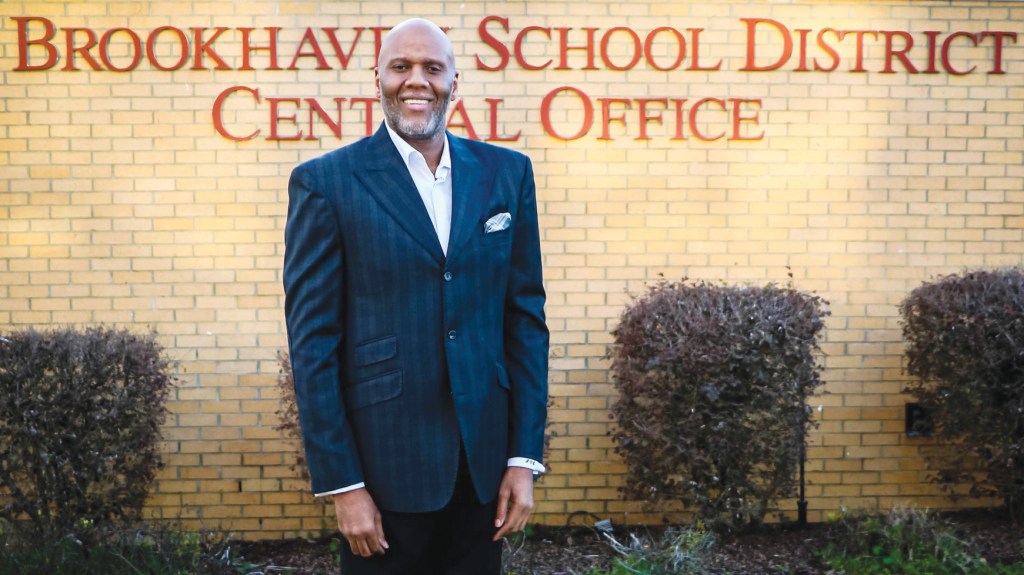 Photo by April Clopton Brookhaven businessman Vernell Hooker was recently named to the Brookhaven School District's Board of Trustees.

Brookhaven native Vernell Hooker was sworn in Tuesday to fill the seat of Willie “Doc” Harrison on the Brookhaven School District Board of Trustees. Hooker said he’s ready for the challenge.

“I’m pleased with the opportunity to be a part of this great board, bringing minds together to bring the district forward,” Hooker said.

Hooker said he’s a product of the Brookhaven School District. He graduated from Brookhaven High School in 1989. Hooker was a member of the reunion committee for that class and played a role in bringing the class of ’89 back to Brookhaven in October for its first opportunity to graduate on King Field. Back then, Hooker’s graduation was moved indoors because of forecasted rains that never came.

During his graduation speech, Hooker described school as a place for both learning and fellowship. Hooker has many positive memories of the district, and he hopes to work with his colleagues on the board to see the district grow.

“Not only in enrollment, but also grow into becoming one of the top proficient schools in the state of Mississippi,” he said. “That’s one of the things I’m really excited and strapped to work with the board members — to see that come to this city.”

Harrison retired in January after serving on the board for 12 years. Hooker said he expects there to be a learning curve, but he’s looking forward to the challenge of filling that spot and working with the board. He is a graduate of Mississippi State University, having received a bachelors degree in 1994 and a master’s degree in business administration in 1996.

After graduating, Hooker found his way into the position of internal auditor for Walmart in Tampa, Florida. Corporate life was not for him, however, and he returned to his hometown 20 years ago. For most of that time, he’s been running the Antecho Salon, and he’s a well-known figure in Brookhaven. Hooker said being chosen to serve on the school board has been “impactful” for him.

“The love of Brookhaven has drawn me back to this place,” Hooker said.