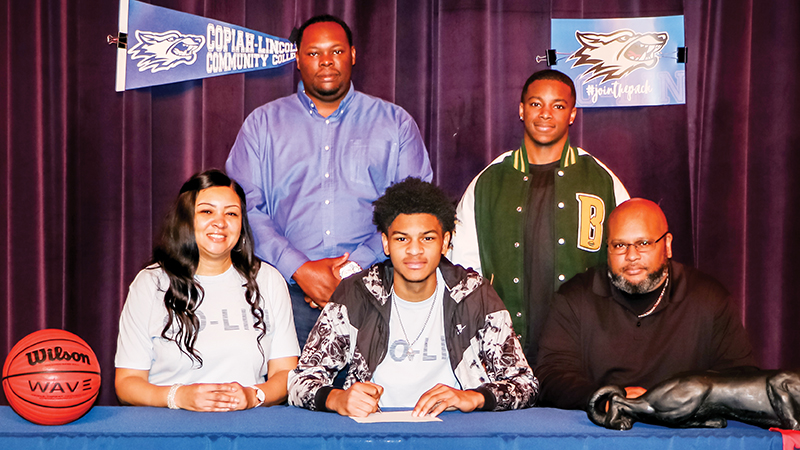 Copiah-Lincoln coach Kenny Bizot has said that length and athleticism was a big recruiting focus for his team this year. He says’ they’re getting a healthy dose of both in Hersey.

“We’re excited to have Jermario join our basketball family. His size, length and skill set from the guard position is something we need very badly. He is a very good fit for our offensive and defensive systems.”

The Wolves also recently signed guards Jabari Bowman of Warren Central and Cameron Butler of Vicksburg High. CLCC has also previously inked forward Keshon Byrd of West Lincoln. As a senior Hersey played football for the first time, starting at wideout for the Panthers. A nagging ankle injury limited him when he hit the hard-court as he missed multiple games during the season. When healthy, no one in the area plays higher above the rim than Hersey. He averaged 10.1 points and 5.6 rebounds per game as a senior. In a few weeks Hersey will represent his state in the Mississippi/Alabama All-Star game. His high school coach Marcus Flippin is also an assistant in the game.

“Jermario shoots it well from deep and defends well,” said Flippin. “He’s a high flyer for sure.”