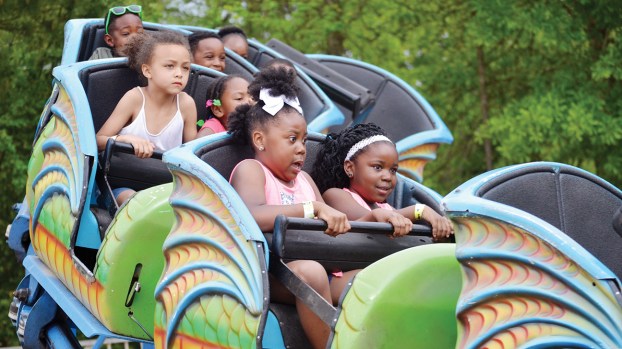 File photos Fairgoers this year can expect the Spring Fest and Fair to provide all the rides, games, food and fun they’ve experienced in previous years, only this year Lincoln Civic Center director Quinn Jordan hopes the rain will hold off. 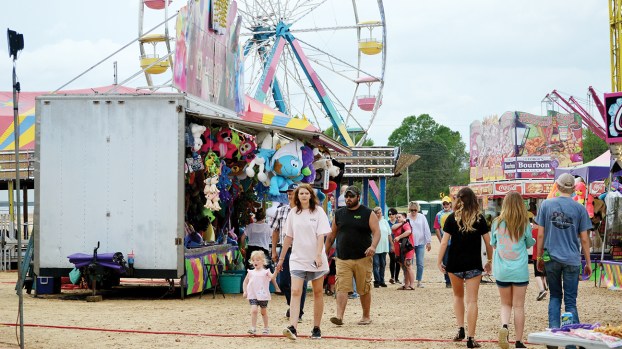 File photos Fairgoers this year can expect the Spring Fest and Fair to provide all the rides, games, food and fun they’ve experienced in previous years, only this year Lincoln Civic Center director Quinn Jordan hopes the rain will hold off.

Quinn Jordan plans to have plenty of games, rides and crawfish at this year’s Spring Fest and Fair — so long as the weather remains clear.

Jordan, director of the Lincoln Civic Center, said rain has caused problems for the festival in recent years, but hopes this year will bring sunshine.

“This year, we’re focusing on the event itself to make sure it’s enjoyed by all the people in the community,” Jordan said.

The fair takes over for one week each April at the civic center. Jordan urged the community to have some fun at the festival.

“We just encourage the community to come out and encourage these types of events, so we can continue to grow them here in Lincoln County,” Jordan said.

K&B Seafood will be bringing the crawfish, and the Doll’s House will also be hosting their yearly fundraiser at the festival. Johnnie Turner — co-founder of the Doll’s House, officially known as the Darlene Slater Rehabilitation Center for Women — said the event is not only an opportunity to raise funds for the center, it’s also a way to impart valuable life skills to their residents.

“A lot of them will go into the restaurant industry,” Turner said.

Gus Mitchell, co-owner and one of the sons of Mitchell Brothers and Sons Amusements, said the festival will have a little something for everybody — from children riding the carousel with their grandparents to rides like Journey to Mars and The Extreme — more suited to thrill seekers who want to experience additional g-forces.

“It’s called The Extreme because it takes your body through extreme measures,” Mitchell said. “It’s a claw-type pendulum ride that just about flips you all the way over. It gets you to a 95 degree angle and drops.”

For safety reasons, those more extreme rides have more strict height and weight requirements. But Mitchell said there are also rides for the entire family.

“It’s definitely the place to be,” he said.