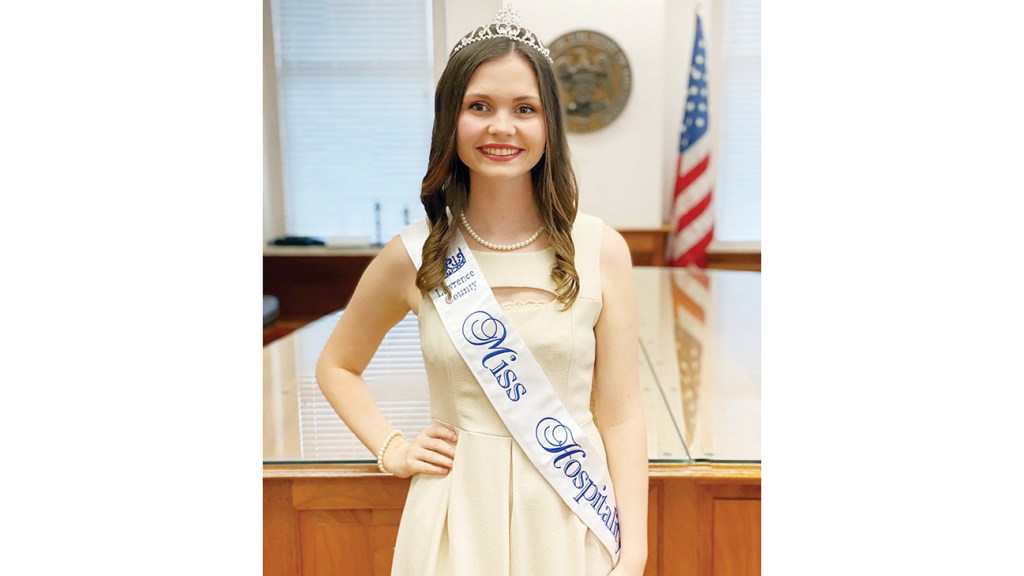 Jordan is the daughter of Gary and Angela Jordan of Monticello, and to her, Lawrence County is family.

“Lawrence County is a closely bonded and loving community where everyone feels like family,” she said. “We are always here for one another.”

Jordan is currently studying business marketing at Copiah-Lincoln Community College, and she intends to complete her education at the University of Southern Mississippi.

Jordan said she’s still trying to decide on a plan post-college. But one thing she has discovered during her time at school is a love for music and performance. It was in college that people learned that she enjoyed singing, which she has been doing for the Sojourners and the Blue Wave Show Band.

“I am excited to have her representing Lawrence County,” she said. “She is genuine and hard-working. She also has a real desire to promote our community and state. I know she will make a great Lawrence County Miss Hospitality.”

The Miss Hospitality program has been a staple of Mississippi communities since 1949. The program was established as a way to promote tourism and commerce in the state.

“I think she would be a great choice for the state title as well,” King-Johnson said.

The journey isn’t over for Jordan. Through the week of July 12, Jordan will participate in a state-wide competition, where she will produce a second commercial promoting Lawrence County. It also includes a speech, interviews with judges and an evening gown competition.

“They get to go to the state competition as well,” King-Johnson said. “It’s a great opportunity for her to mentor the next generation.”

During her time as Miss Hospitality, Jordan will promote tourism and serve as an ambassador for the county.