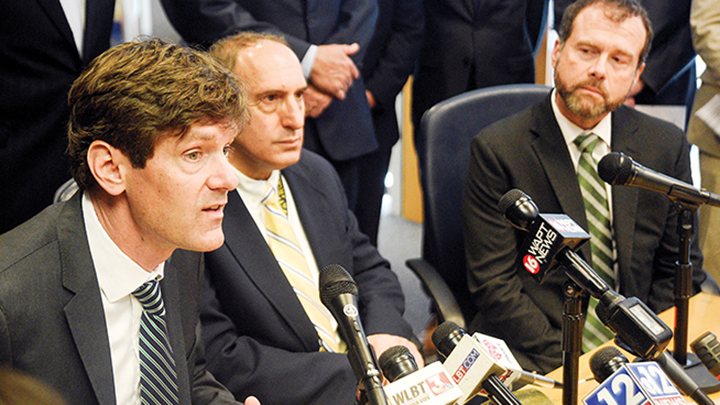 Three more people have tested positive for coronavirus in Mississippi, including two in the Hattiesburg area, where the state’s initial case lives, the Mississippi State Department of Health said Friday.

The news that Mississippi now has four cases of the respiratory illness called COVID-19 came as school and college closures that have mounted nationwide began to spread across Mississippi and numerous public events were postponed or canceled. It’s all part of a push to stem new cases of the illness caused by the virus.

The state said Wednesday that another Forrest County man who recently traveled to Florida had tested positive for COVID-19 and was in quarantine at home.

Most people with the disease called COVID-19 have only mild or moderate symptoms, such as fever and cough. For some, especially older adults and people with existing health problems, it can cause more severe illness, including pneumonia.

The vast majority of those infected get well. Recovery takes about two weeks for people with mild symptoms but can take three to six weeks for those with more severe illness, according to the World Health Organization.

The state Board of Education announced Friday that it would hold its meeting only online next week, saying it wanted to limit public contact that might be spreading the virus

The board noted that it doesn’t have authority to close schools statewide, leaving that decision to local authorities. Schools must make up any days they miss, unless the governor or president declares an emergency, it said.

At least six public school districts — Tupelo, Oxford, Hollandale, Marshall County, Lafayette County and Lowndes County — have announced they will take days off next week. Many schools statewide have been on spring break this week.

Most of the state’s 15 community colleges — including Copiah-Lincoln Community College — said they would cancel classes next week. Some colleges said they plan to resume on-campus instruction for at least some students on March 23. Their move comes after the state’s eight public universities announced they were extending their spring breaks through March 23 and then would begin online classes.

“Copiah-Lincoln Community College continues to closely monitor the COVID-19 situation as the health of our students and employees is of utmost importance,” she said. “College administration remains in close contact with the Mississippi Department of Health and other health officials, as well as sister institutions across the state and region. As the situation continues to evolve, it is necessary for us to do our part in helping eliminate the transmitting of this virus to the communities we serve.”

College travel in and out-of-state has been suspended until further notice.

All events sponsored by Co-Lin or hosted in a Co-Lin facility are suspended through March 31.

Co-Lin’s Daycare will be closed until March 23.

The Mississippi Association of Community Colleges has announced the suspension of regular-season practice and competition for all athletics through March 30.

The Mississippi Department of Archives and History closed all its museums, including the twin civil rights and history museums in Jackson.

Lincoln County Circuit Court has been canceled for Monday due to health concerns. The cases on the Lincoln docket have been continued to March 23 at 11 a.m. Criminal trials in Lincoln County set for Tuesday will be continued to the May term.

The Mississippi, the Senate Rules Committee today voted to suspend the page program and floor presentations. Any additional decisions related to employees or visitors will be made next week.

Bank of Brookhaven President Shannon Aker said that the banks are regulated by the Federal Deposit Insurance Corporation and are required to have a pandemic plan in place.

“In December, we had two days where we went with half staff,” he said. “We wanted to see how it would go if we had people out. It went really well.”

Banks generally receive extra cash to handle extra withdrawals, but Aker said most of their customers understand that the safest place for their money is in the bank. Even in the aftermath of Hurricane Katrina, Aker said that Bank of Brookhaven did not have a lot of people withdrawing their savings.

“Your money is safe,” Aker said. “The main thing is not to panic. Remain calm.”

It’s impossible to ignore the economic impact of COVID-19. With the S&P 500 sitting at December 2018 levels by the end of the day Thursday, there is a lot of uncertainty in the market as traders panic and sell their shares.

“I heard a guy who is a lot smarter than me saying this morning that he wished he was a day trader,” Aker said. “He’d be buying like crazy right now. It’s a cycle. It’s going to play out.”

Advice published by the Centers for Disease Control for employers is to encourage sick employees to stay home and isolate themselves until they have had no symptoms for 24 hours, leaving some wondering what to do when they aren’t able to work. Aker said it’s always a good idea to have savings in case of emergencies.

Aker said the most important thing for people to remember in the face of COVID-19 is to keep a clear head and stay calm.

“Step back and take a deep breath,” Aker said. “The sun’s coming up tomorrow. It’s going to be fine. There’s some things we can control, but the Lord is in control. We’re not. That’s who I’m looking to.”