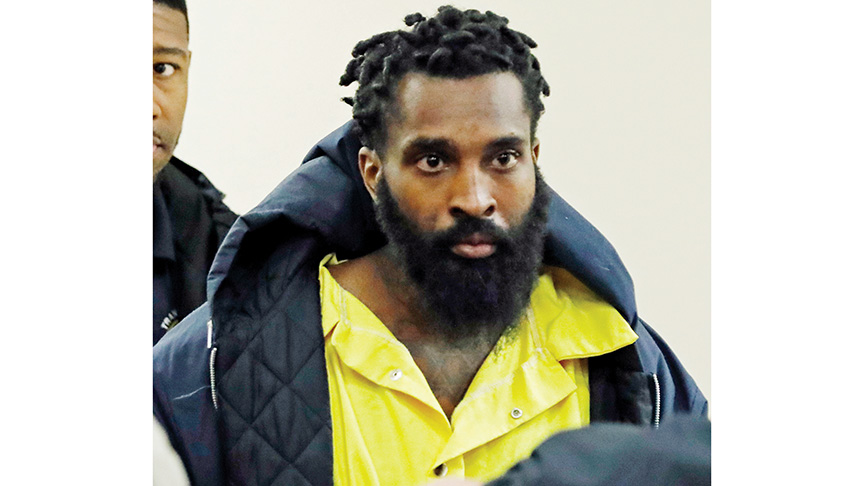 The man charged with killing two Brookhaven police officers in 2018 is being held in the Adams County Jail on a contempt of court charge for failure to appear in Adams County Court for an incident prior to the officers’ slayings in September 2018.

Flowers was indicted in November 2019 for the fatal shooting of Cpl. Zach Moak, 31, and patrol officer Kevin James White, 35. He was on parole for a Lincoln County vehicle burglary conviction at the time of those killings.

After his arrest for the officers’ murders, Flowers was sent to the Mississippi Department of Corrections to finish serving his term for the vehicle burglary charge in Lincoln County. He was moved Nov. 14, 2019, from the Mississippi State Penitentiary in Parchman to Pearl, about 140 miles closer to Lincoln County, at the request of his public defender, M.A. Bass.

Also, prior to the officers’ killings, in March 2017 while he was out on parole for the Lincoln County vehicle burglary charge, Flowers — while wearing an electronic ankle monitor — was charged by Natchez Police with fleeing or eluding a law enforcement officer of the Adams County Sheriff’s Office, and stealing a vehicle in connection with a high-speed chase the previous month.

Judge Al Johnson set Flowers’ bond at $50,000 for those charges, and Flowers posted the bond and was released on May 3, court records indicate.

Flowers, however, failed to appear for the court date on that charge and the Adams County Circuit Clerk’s office filed a bench warrant for Flowers’ arrest Aug. 6, 2018, after he failed to appear in court for trial.

Flowers was at large in Brookhaven on Sept. 29, 2018, the night the two Brookhaven officers were killed.

Flowers was shot in that incident as well.

Rushing said Flowers will stay in Adams’ County custody until he faces their charges, but will likely be brought to Lincoln County for status hearings for the two murder charges when scheduled.

A status hearing is set for April 1 in Lincoln County Circuit Court, but it is not known if it will be rescheduled because of COVID-19 concerns.

Flowers pleaded not guilt Nov. 12 to charges he shot Moak and White while they were answering a call of shots fired.

He also faces a count of possession of a firearm — a Diamondback model DB9 9mm semi-automatic pistol — by a convicted felon.

The indictment includes an enhancement to all counts because Flowers had been convicted at least twice of prior felonies.

Flowers was the only suspect in the shooting, according to officials. He was arrested at a residence on North Sixth Street in Brookhaven early on Sept. 29 following the officers’ deaths.

The officers responded to the home on a report of “shots fired” and found a bullet-pocked Cadillac Escalade with blood in the driver’s seat.

Brookhaven Police Chief Kenneth Collins said Moak exchanged shots with a suspect before his death, though it remains unclear who opened fire on the vehicle before police arrived.

Flowers is represented by court-appointed attorneys Kelsey Rushing and Bass. Rushing is a staff attorney with the Office of State Public Defender, Capital Litigation Division, where he litigates death-eligible cases at the trial level. Bass is a Lincoln County public defender.