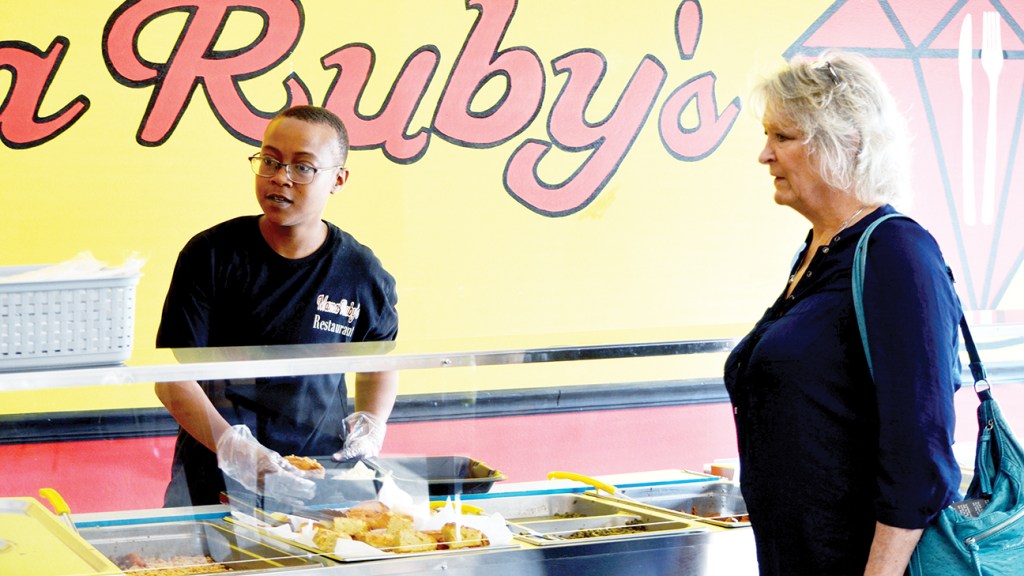 That same day, the Mississippi State Department of Health reported the first presumptive positive case of COVID-19. Eight days later, the state’s first death from the virus was documented.

Newton said business started strong. The community was ready for the menu of soul food, seafood, barbecue and homemade Southern favorites he and his wife Veletta created from a treasure trove of family recipes.

“People were coming in pretty good and excited about the new business,” Newton said.

The food is still fabulous, he said, but he was forced to close the dining room shortly after it opened.

“We’re just drive-thru, carry out and delivery only,” he said. “We’re definitely feeling some effect there.”

The Newtons offered breakfast starting at 6:30 a.m. and customers loved the cinnamon spice apple and biscuit, the sausage gravy biscuit and the Red Rose sausage dog. But they cut out the breakfast menu because they had trouble getting supplies.

He’s following Gov. Tate Reeves’ requirements for restaurants and hoping the effects of the COVID-19 outbreak will soon pass. He’s taking extra precautions when it comes to sanitation to keep his staff and customers safe.

Newton is well known in the community having worked at Piggly Wiggly on Hwy. 51 for 23 years, 15 as store manager. When the store closed last year, he prayed about what path to take.

He and Veletta run the restaurant with son, Jeffery.

His main chef is Joyce Merchants, who was the deli manager at “The Pig.”

They offer Southern soul food Monday, Tuesday and Wednesday, pit barbecue on Thursday and seafood on Friday. They serve “some of the best dessert around” every day, he said.

The buffet is open Monday through Friday, but the kitchen is open for short orders on Saturday, too.

The Newtons offer hot dogs — a Chicago dog and a Big Newt Country dog are on the menu — as well as burgers, chicken tenders, whole catfish, pan trout and shrimp.