For federal funding, 2020 Census is a snapshot of the state 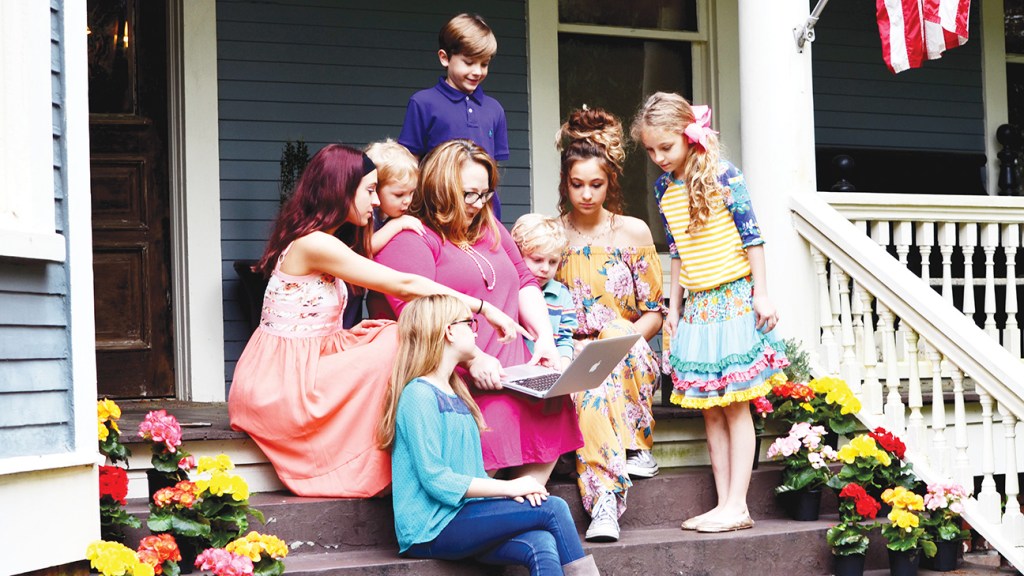 Photo by Donna Campbell Andrea Balkcom is one of thousands of Lincoln Countians who will be completing the 2020 Census count online. There are 10 in her family in Brookhaven, but only nine will be counted here. Mississippi College freshman Madeline Balkcom will complete her own count in Clinton. Pictured clockwise from bottom left are children Hannah Elaine, Sarah Elizabeth, Owen, Isaac, Luke, Katherine and Victoria. Not pictured is Madeline and dad, Richard.

Brookhaven, Lincoln County and Mississippi have a higher response rate to the 2020 Census than the national average of 33.1 percent.

The good news comes as the Census Bureau faces delays in its schedules due to the coronavirus while also trying to convince people of the reasons why census participation is vital to states and communities.

The response rate in Lawrence County is 28 percent. There’s a 30.4 percent response in Wesson and 25.3 percent in Monticello.

The Census, required by law every 10 years, is to provide a snapshot of the number of residents everywhere across America as of April 1. The Census Bureau is mailing reminders to complete the survey. Surveys will be accepted until mid-August.

Typically, census workers go home-to-home once it’s determined areas where surveys haven’t been completed. Because of the coronavirus, it will be weeks before field workers can canvass homes.

The not-so-good news is a reminder of what happened after the 2010 Census, when Mississippi was among the bottom 10 in the country to respond.

Every person not counted translates to a $50,000 loss in federal funding over the next 10 years, Green said.

The census, simply put, is a number count.

“It gives a snapshot of the number of people we have in our state, and it determines how much federal money we get for schools, school lunch programs, hospitals, fire departments and all our critical services,” said State Rep. Becky Currie, R-Brookhaven.

“It also determines how many legislators we send to Washington. We could have a bigger voice in Washington.”

The Census also determines the number of Electoral College votes for each state.

“The federal money comes from our tax dollars,” Currie said. “Why would we not want as much of that back as possible?”

Mississippi lost a congressional seat because of low participation in the 2010 census, Secretary of State Michael Watson said in a news release.

“Simply put: the more accurate Mississippi’s count, the more financial resources and representatives Mississippians will receive, thus positively impacting your community and your household for the next decade,” Watson said.

“Encourage your friends, family members and neighbors to participate in this vital process, and don’t forget to reach out to those around you who may need help submitting responses.”

Watson said the census is more than just a headcount: “It’s an opportunity to move Mississippi forward.”

He likened it to an election, saying, “the Census can accurately serve those who participate.”

Currie and local officials said it’s a shame that the coronavirus has coincided with the survey.

However, they agree that it’s important for everyone to complete the survey.

“I have no idea what our percentage of that ($13.2 billion) loss would have been, but gee whiz. How can we turn down money we should be eligible to receive?” said Brookhaven Mayor Joe Cox.

“The coronavirus is causing a lot of panic, but this is something we can all do that will have a big impact on the county in the future,” said Brown, also District 4 supervisor.

What you need to know

Citizens and non-citizens alike are asked to complete a survey.

Questionnaires were mailed to each home between March 12-20. If you did not receive a survey in the mail, you can complete one by phone or online.

The census can be completed and returned in a postage-paid envelope, completed online at 2020census.gov or by telephone at 844-330-2020.

Mailed forms have an ID number, but the online version has a link you can click to get a number.

Online and phone surveys can be completed in 13 different languages.

The Census Bureau asks that online surveys be completed in one sitting, and by a household member who is at least 15 years old. The Bureau says it should take about 10 minutes to complete 10 questions.

By law, you remain anonymous. The information will not be used to arrest you if you’re wanted on charges or to detain and deport you if you are in the U.S. without proper legal documentation. Responses cannot be shared for 70 years.

College and university students, as well as international students, are asked to use the address where they live when school is in session.