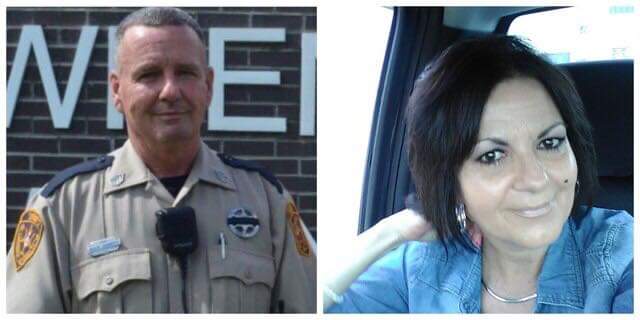 Lawrence County Sheriff’s Office has confirmed that deputy Robert Ainsworth and his wife, Paula, were killed in storms Sunday afternoon in their home on the county line bordering Walthall County.

A statement from the LCSO reads, in part:

“It is with heavy hearts that we announce the passing of Deputy Robert Ainsworth and his lovely wife, Paula. We, at the Lawrence County Sheriff’s Office, would like to offer our most sincere condolences to the families of both of these fine individuals. Robert was a United States Marine Corp veteran and a long time employee here. Mrs. Paula was a former Justice Court Deputy Clerk at the Lawrence County Justice Court and currently a Justice Court Deputy Clerk for the Walthall County Justice Court. Robert left this world a hero, as he shielded Mrs. Paula during the tornado. He was a very valuable employee and will be greatly missed. Please remember to pray for LCSO along with their families during this tragedy.”