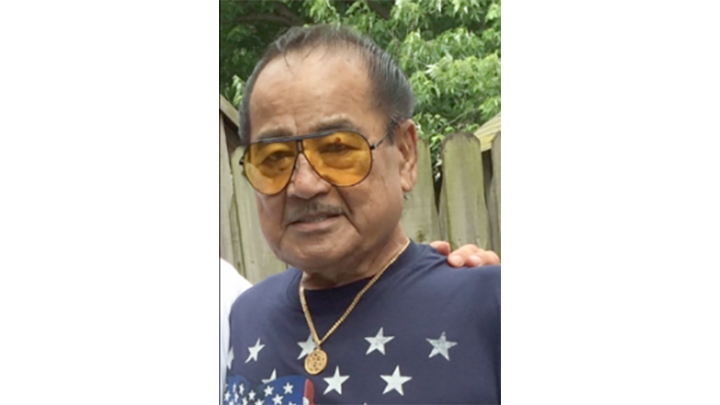 Mr. Santos died April 9, 2020, at MedStar Harbor Hospital in Baltimore. He was born on June 4, 1936, in the Philippines to Gregorio and Rita Jaramillo Santos. He was 83.

Bennie, as he was known to family and friends, was retired from the United States Coast Guard where he held the rank of chief petty officer. Following his retirement from service, he worked for 20 years as an inspector at the U.S. Port in Baltimore.

He is preceded in death by his parents; his wife, Beatrice V. Santos; and his brothers Carlos J. Santos and Gregorio J. Santos.

He leaves behind his wife Susan Santos of Baltimore; his sons, Gregorio “Penoy” Santos, Buddy Chadderton, both of Baltimore, and Paul Smith of West Virginia; his daughters, Tammie Santos Brewer and husband, Dennis, of Brookhaven, Dorothy Harris, Marie Hawryluk and Sandii Pamatian, all of Baltimore; his 17 grandchildren including Liana Cavin and husband, Bryan, and Jeremy Smith, of Brookhaven; 10 great-grandchildren; his brothers, Romeo J. Santos and Gerardo J. Santos; his sisters, Corazon Santos Francisco, Clarita Santos Alejo, Alely Santos Salazar and Ma.Lolda Santos Barreyro. He is also survived by other family members, nieces, nephews and friends.