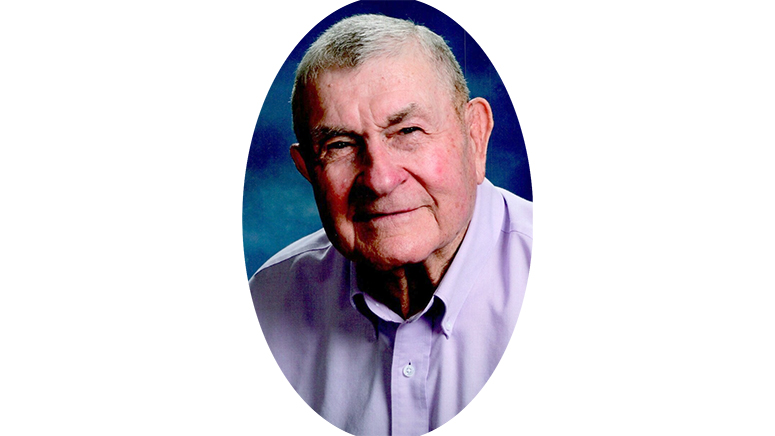 Early April 21, 2020, the family of Hyland Wesley Brumfield mourned his passing but were gladdened he entered Heaven to end his pain and suffering.

Graveside services with Military Honors will be held at 1:00PM on Friday April 24, 2020 at Montgomery Baptist Church cemetery.  Rev. Trent Moak will be officiating. Hartman Jones Funeral Home will be in charge of the arrangements.

He was a member and former deacon of Montgomery Baptist Church and also sang in the church choir.  He graduated from Auburn High School, served in the Korean War, and was affiliated with the oilfield profession before retirement.

Hyland was a wonderful Godly man that loved his family and friends dearly.  He always remembered his family at Christmas with a handwritten card.  He loved working outdoors with his cattle and could tell you when each calf was born.  His nieces hosted a 90th big birthday party for him at his church where he enjoyed seeing many of his family and friends this past November  Afterwards, his health began to fail and he entered hospice care at home in early April.

Hyland was preceded in death by his parents; one sister, Helen Brumfield Hartfield and husband Philip; one brother, Clifton Gordon Brumfield and wife Aileen; one niece, Vickie Joy Brumfield; and one nephew-in-law, Greg Hoggatt.

The family wishes to thank his caretaker, Connie Barnes and the doctors and nurses who cared for him in his last days.  The love and care by neighbors, friends, and his church family are much appreciated.