Reeves: ‘Not a return to normal’ 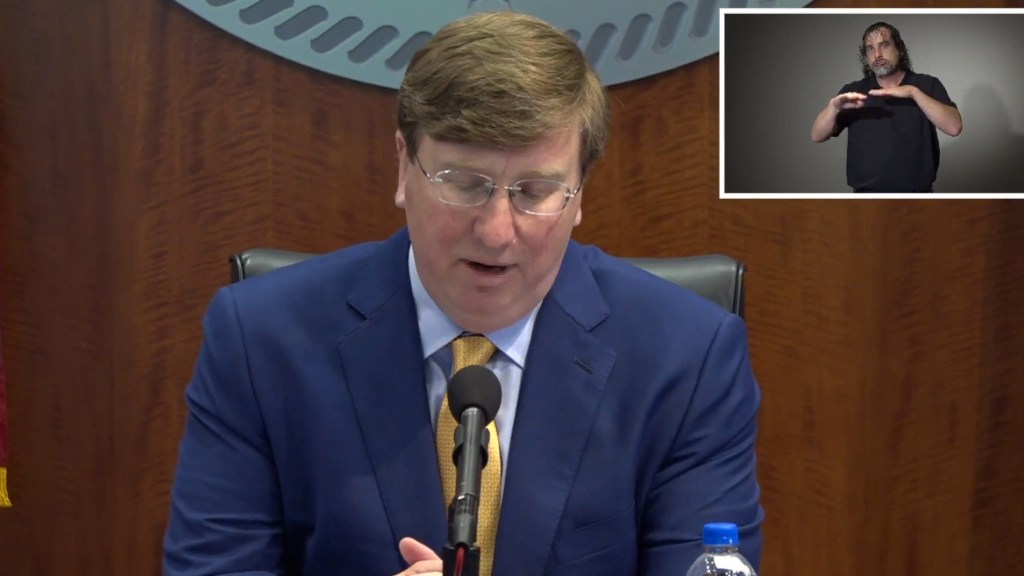 Gov. Tate Reeves announced Friday that the shelter-in-place order for Mississippi will be allowed to expire Monday morning, as it was announced one week ago.

A “Safer at Home” order will take its place, beginning at 8 a.m. Monday. It will begin to slowly reopen the state’s economy, Reeves said, like a dimmer rather than a light switch.

“We cannot continue to make it illegal for this many Mississippians to work,” Reeves said. “Lives are on the line in our public health and economic crises.”

“We can take measured steps to make life better for Mississippians. We must realize there is no such thing as a non-essential (worker),” he said.

The order urges everyone to stay home unless it is for essential travel. All social or non-essential gatherings of 10 or more will still be illegal and will be enforced, the governor said.

Most businesses that have been closed will be allowed to reopen with certain health and safety mandates, with the following types of businesses to remain closed — amusements, entertainment, movie theaters, bars, museums, salons, gyms, clubs, spas, tattoo parlors, schools, casinos and barber shops. Businesses that can sell products will be permitted to do so, but regular business that involves gatherings cannot take place legally. He stressed that the decision to move slowly in this direction was supported and informed by science, investigation and data from all counties and municipalities across the state.

“The ‘Safer at Home’ order is not a return to normal,” Reeves said. “I wish it was. One day we will (but) today is not that day.”

Reeves appealed to Mississippians to use common sense.

“Not everything that is legal is wise,” he said. “There is no government replacement for wisdom. Freedom always carries risks. We still believe in personal responsibility.”

As of Sunday morning, the Mississippi State Department of Health reported nine deaths in Lincoln County of COVID-19 — up from the six reported Tuesday. MSDH has identified 26 additional confirmed cases of COVID-19 in the county, bringing the total to 136.

Instead of posting the number of long-term care facilities with outbreaks, MSDH is now reporting the total number of cases in those facilities, with 44 reported in the county and 552 state-wide. There have been an additional 718 cases and 26 deaths reported state-wide since Tuesday, bringing the total to 5,434 cases and 209 deaths.

The MSDH and other providers like KDMC have tested an additional 3,025 people for COVID-19 in two days, bringing the total number of tests in the state to 55,389 Wednesday. Of those, 618 have been performed by KDMC, who have identified 84 positive cases.

Both MSDH and KDMC offer testing. Those interested in testing through the MSDH must complete pre-screening through a smartphone app or by phone. More information can be found at http://healthyms.com/covid19test. Mississippi also has a COVID-19 hotline available 24 hours a day, seven days a week at 877-978-6453.

People who want to receive tests from KDMC are advised to call 601-835-9455 before visiting. The screening site can be found by following the signs on Brookman Drive behind the hospital.