In honor of a World War II Army veteran, with thanks 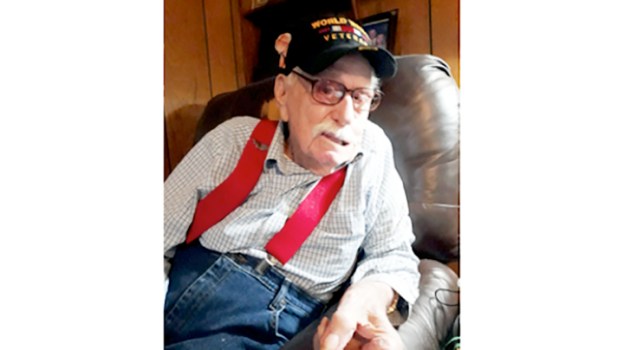 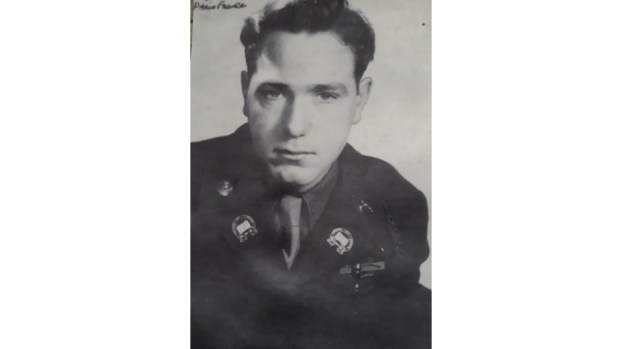 Photo submitted David Calcote, while enlisted in the US Army 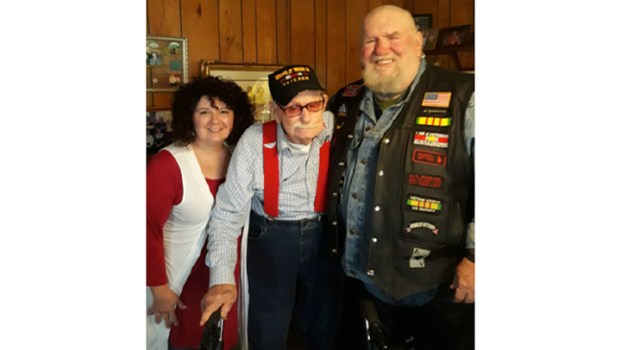 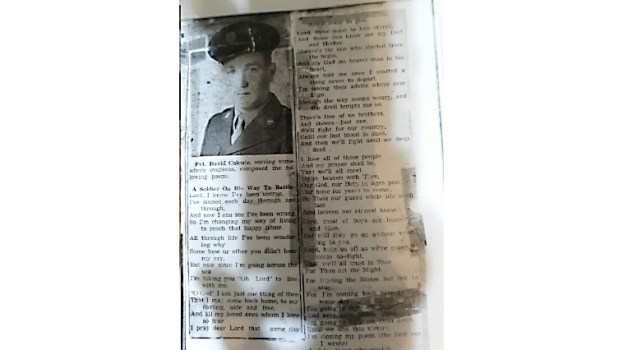 Photo submitted David Calcote's photo and a poem written by him were printed in The Daily Leader. 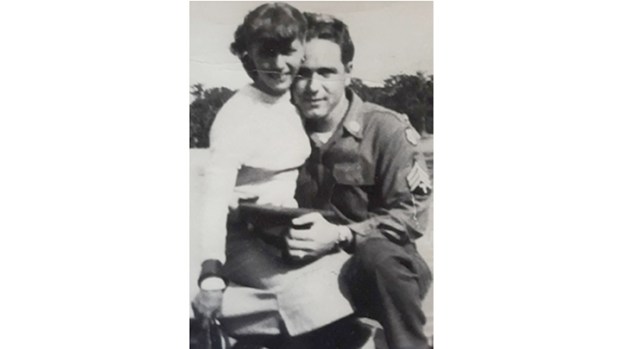 Jody Letchworth, volunteer coordinator for Brookhaven/Natchez with Compassus Hospice, visited with World War II veteran David Calcote on Veterans Day 2019, along with Vietnam veteran Robert “Bear” Wallace. In honor of the nonagenarian and other veterans, she shares the experience of that visit.

Robert “Bear” Wallace and I enjoyed a wonderful visit with Mr. David Calcote, on Veterans Day. Mr. David served in the Army Infantry for six years during World War II.

He tried to join the Navy two years earlier, when he was 16, but his age was discovered. By age 18, he was drafted and wasn’t given a choice of which branch he would be assigned.

The fighting was heavy in France and the US Army needed every soldier they could get to run the Germans out. The Army might not have been his first choice, but he knew what he was getting into, and he was ready to go.

When they got to France, the job was to push the Germans out.  He said they walked almost everywhere they went.

He remembers crawling from tree line to tree line and covering himself in leaves to camouflage his position. There was a lot of pastureland. At one point, a cow walked up and started grazing beside him. He just knew that cow was about to give his position away, but luckily it never noticed him hidden under the leaves and brush.

I asked if he had seen much combat, and he said yes, quite a bit. He remembers, as they came into Germany, the women waved bed sheets and handkerchiefs out the windows and cheered. He was surprised to find out that most of the German people were just regular good people like us and wanted peace.

David wasn’t the only young man in his family to serve. Two of his brothers were also serving. Their pictures were in The Daily Leader along with a poem that David wrote while overseas. This poem is now on display at the Lincoln County Historical Museum on South Church Street in Brookhaven.

We talked about what it was like stationed in France and Germany. He said the food was good, but it was always cold. While he was there, he came upon a pair of clippers and quickly became the company barber.

For several months he worked 8-hour shifts guarding salt domes where the Germans had dug 400 feet down and stored an abundance of stolen goods.

When there was time, David would write to his mother as much as possible. He took lots of pictures with his 35 mm camera while traveling to some of the smaller countries around Germany.

Once he was assigned to jeep duty driving from post to post. The young ladies were very happy to see our soldiers and would often ask for a ride. So being the polite young Southern gentleman that Mr. David was, he agreed to give several of them a ride. As he topped a hill with this festive group in his jeep, he had no idea that commanding officer (Gen. George) Patton was in the valley taking notice of his merry escapade. To say the least, he was not assigned to jeep duty for quite some time after that.

Before heading back to the States, the Army sent him on a one-week vacation. He said Paris was his favorite place to visit. Back in the United States he was stationed at Fort Belvoir in Virginia.

While home on leave, David took notice of a neighbor’s daughter that had grown up quite a bit while he was away at war.  The beautiful young lady quickly became his secret bride. When her parents found out, she was sent straight to Virginia to her new husband where they felt she belonged. We laughed with Mr. David’s family over this memory for quite a while.

At the end of David’s service time, he and his wife came back to Lincoln County to settle into civilian life. He worked offshore and in the oil field for 30 years.

In 2013, David Calcote was chosen to take part in the last Honor Flight to Washington, D.C.  He said he will never forget it.

It was an honor and a pleasure to spend the day with Mr. David Calcote and Mr. Robert Wallace, a Vietnam Veteran and Compassus volunteer. Many thanks to all of our service people, now and past. We are free because of your service and many sacrifices.