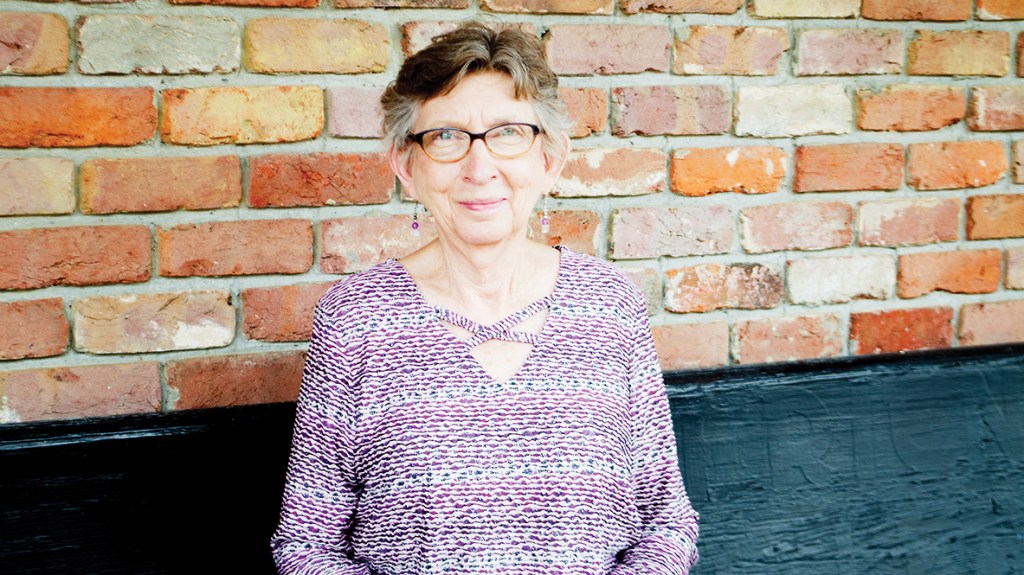 Judy Parsons, a licensed practical nurse from Bogue Chitto, contracted the coronavirus. What’s more important is she is also recovering from it.

Parsons, 71, isn’t sure how she got the virus. But with being a mother, grandmother and great-grandmother, she knew she had a substantial chance of getting the disease.

She talked with Dr. Joe Moak about the issue concerning older people contracting the virus.

“Our age group was at a higher risk,” Parsons said. “We discussed that if we got the virus, it would kill us.”

The last time Parsons worked was March 16. Almost two weeks passed before she was diagnosed. When she woke up March 28, she found herself with a fever of 101.5 and a dry, hacking cough.

Parsons called that morning and went to the testing center at King’s Daughters Medical Center. She said they swabbed her for the flu and took her temperature, but they weren’t going to test for COVID-19.

She was tested for pneumonia, and so she quarantined by herself for two weeks.

“I wasn’t getting better. I was getting worse,” Parsons said. “I felt awful. I was weak. I didn’t have any energy.”

Her doctor tested her and completed a chest x-ray. It turns out she did have pneumonia. Two weeks later Parsons went to Centreville and was tested there.

She had just completed her quarantine, but she was tested for COVID-19 and it was positive. Parsons then moved into their camper for a month and a half.

While she had been quarantined with pneumonia, her husband had been having sinus issues. He had tried to see a doctor but no one would see him.

“I was at the end of my quarantine time when he went to the ER,” Parsons said.

He was tested at KDMC in mid-April and his results came back positive.

“It was crazy,” Parsons said. “That’s when he was positive.”

His fever was low grade, and it never got over 100. He didn’t have any coughing or weakness, but he did have congestion and headache.

“It was unbelievable how different it was,” Parsons said.

Because of their diagnoses, she stayed in their camper and he was in the house. They had family members get their groceries and bring them by.

Parsons had returned from Nashville March 13. Other than leaving the house to be tested, she’s stayed inside.

She kept asking herself how she could have contracted the virus.

“How did I get this? Where did it come from?” Parsons said.

Parsons began to self medicate once she started not feeling well.

“When I first got sick, I thought I had the flu,” Parsons said. “So I took flu medicine.”

She also did what she could to keep her lungs open, which included taking hot showers with Vicks vapor rub.

“I told my husband ‘Use the Vicks, whatever you do, get in the shower and use the Vicks,’” Parsons said.

They also cleaned everything they could to keep the spread of germs down.

“If they took any blood from me it would probably be full of Lysol, I’ve been wiping everything,”

Throughout their entire experience, neither one of them were hospitalized.

“I’m so thankful that we didn’t have to go to the hospital,” Parsons said. “It has to be by the grace of God that we’re still here. I could have not made it.”

“That is not something I’ve heard of,” Parsons said.

Parsons also talked about she didn’t remember certain things from being sick.

“There were three days I don’t really remember,” Parsons said.

She started to recover last week, stating that she’s been able to work out in the yard again.

“Last week was the first week that I began to feel like myself again,” Parsons said. “It’s a wonderful feeling.”

One thing she learned from her experience is that precautions need to be taken.

“It’s not something to take lightly,” Parsons said. “Just wash your hands.”

Parsons also wants the community to stay aware of the situation.

“There’s no need for panic,” Parsons said. “Just take it serious. You don’t want to expose yourself unnecessarily.”

She advised not jumping back into “normal life” with both feet, as well.

“You just don’t know what it’s going to do,” Parsons said. “Don’t be quick to run up in a crowd of people. Do wait, do wait a little while.”