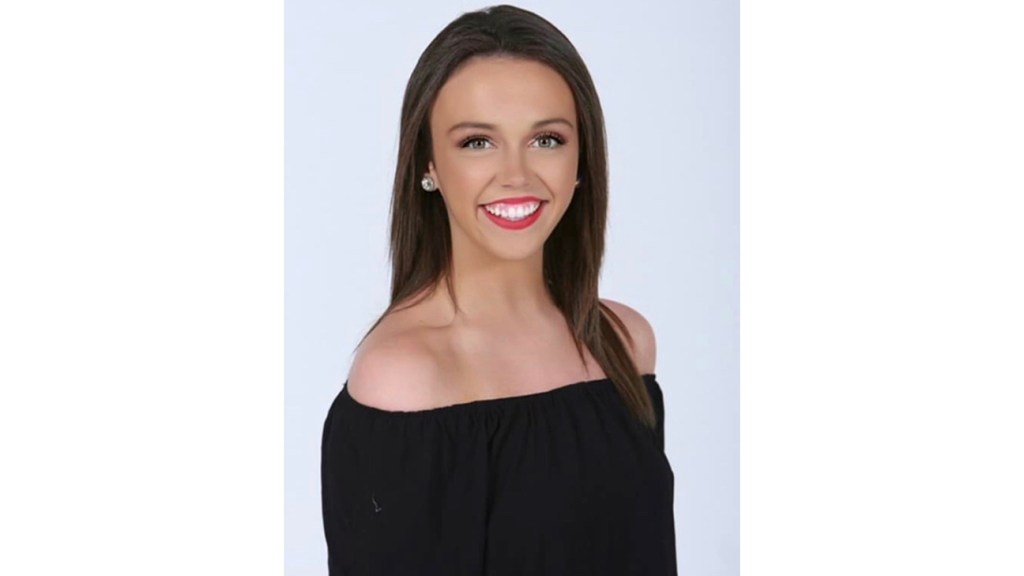 Photo submitted Kennedy Moore has been named the new director of the Copiah-Lincoln Community College Colettes.

Co-Lin is seeing a fresh but familiar face being added to the Blue Wave Show Band staff with alum Kennedy Moore returning to the Colettes as their new director.

“I felt so at home with the girls I met. If not for Colettes, I would have never met them because they were from different schools and counties,” Moore said.

Moore, a 2017 graduate of Co-Lin, danced on the team for two years and served as head Colette during her sophomore year. A recent graduate of the University of Southern Mississippi, she has returned to share her experience with the Colettes through her degree in dance and child development.

“One of my favorite things about dance is that you can connect with people without ever speaking,” Moore said. “I’m not so good at talking to people, and I like performing because I can share my passions that way.”

Moore is a native to the area, as she is a 2015 graduate of Brookhaven High School.

She also works at Showstoppers Studio of Dance, where she teaches all hip hop classes from first grade through high school and assists with jazz, tap, ballet and contemporary classes at the studio. She also works as a choreographer for the dance team at Copiah Academy.

“I’ve kind of always been under my mom,” Moore said. “I get to decide pretty much everything. I hope I can give them the best experience.”

She has 14 years of competitive dance experience at the regional and national levels with Showstoppers Studio of Dance, Walt Disney’s Magic Kingdom Parade, performing at halftime during the 2014 Sugar Bowl and USM’s dance team.

“With performing, you capture the audience’s attention and they focus on you, even if it’s just for two minutes or five,” Moore said.

As for theater experience, she has performed and choreographed in the following Brookhaven Little Theatre productions: “Newsies the Musical,” “Little Mermaid the Musical,” “Matilda the Musical” and “Frozen Jr.”

Moore has also participated in regional teen tap lines and hip-hop productions, along with training under various dance professionals.

“This position is important because I want to teach them but I want them to experience what I experienced,” Moore said. “I want them to know that it might be new or different, but it’ll be fun.”