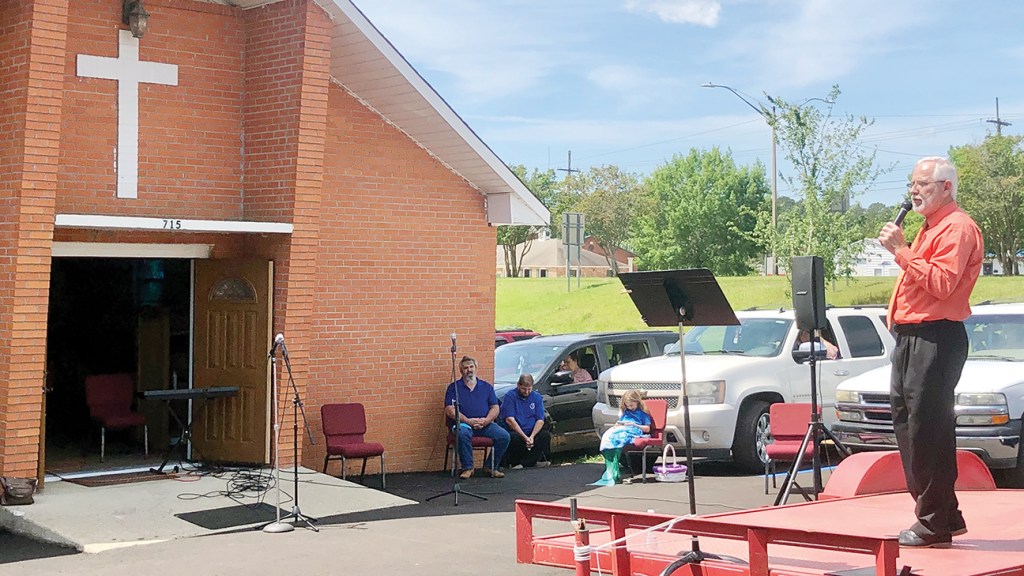 File photo Tim Bedwell, pastor at Brookhaven Church of God, preaches from a trailer at a drive-in service recently during Safer-at-Home restrictions.

As the state continues to reopen, more confirmed cases of coronavirus are announced daily, and the governor has given suggested guidelines to safely reopen houses of worship.

One person has died in Lincoln County from COVID-19 since Thursday, bringing the total number of deaths in the county to 18.

Gov. Tate Reeves is continuing to work to re-open more of the state. In his Tuesday briefing, Reeves noted that his office would release guidelines for churches that have shut down to re-open.

“In our state, churches were never shut down,” he said. “It was important to protect our freedom of religion. I did reach out to pastors. I reached out to churchgoers. I have been asking them to do the right thing.”

Reeves said there are eight pages of guidelines for state churches, including replacing choirs with solo performances. Reeves encouraged pastors not to rush to re-open, asking them to wait at least one or two weeks before implementing the guidelines. Reeves also indicated that his family would continue to worship from home.

As of Monday, an additional 10,937 people have been tested for the disease state-wide, bringing the total number of people tested in the state to 117,760. Of those, King’s Daughters Medical Center has sent in 1,155 tests, and 158 have been returned positive.

Both MSDH and KDMC are offering testing. More information can be found at http://healthyms.com/covid19test. Mississippi also has a COVID-19 hotline available at 877-978-6453. People who want to receive tests from KDMC should call 601-835-9455 before visiting.

The screening site can be found by following the signs on Brookman Drive behind the hospital.