Know Your Pastor: ‘I was willing to do whatever God required’ 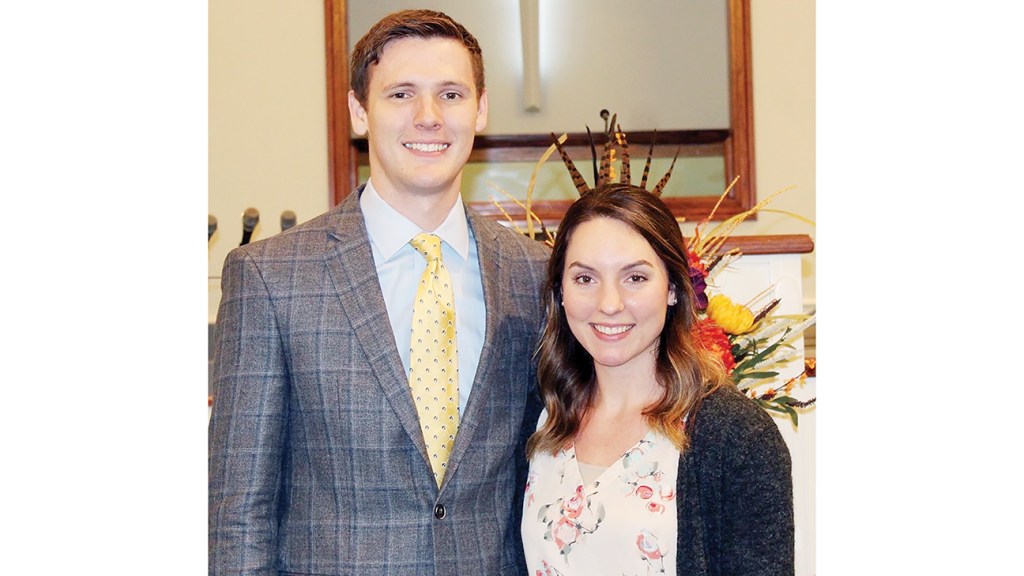 Photo submitted Justin Davis and his wife Allye have been in Lincoln County since May 2019, when Davis was named pastor of Victory Baptist Church.

Justin Davis, pastor of Victory Baptist Church in Brookhaven, learned the value of seeking a mentor and seeing others trust in Christ earlier in life.

Davis said his parents began attending church when he was eight years old. After hearing the word of God preached regularly, he decided he wanted to accept salvation at age 11.

But he was hesitant.

“I had never seen someone trust in Christ and I didn’t know how to become a new member of church,” Davis said.

“There was hesitation in that regard, but the Lord saved me and I was willing to do whatever God required of me.”

He joined the church and was baptized, and received a gift Bible, but later realized he needed a mentor, someone to disciple him.

Davis was at a mall on the Mississippi Coast when he ran into Jake Stone, an acquaintance and pastor of New Testament Baptist Church in Biloxi.

Davis and his wife Allye, both originally from Wiggins, have been married since April 2017, and have been serving at Victory since May 2019.

The church re-opened Sunday with a second service, with the fellowship hall set up for social distancing. The church’s Sunday morning services are 9:30 and 11. Victory Baptist typically livestreams its services, and that will continue for people who can’t attend in person.

Davis said he loves growing in faith with others.

Things he loves most about being a pastor are seeing lives changed and “to see light bulbs go off” as people understand what the word is teaching.

“I love being able to minister whether it’s through preaching and teaching publicly or privately, in counseling.” he said.

Davis said he loves teaching the word of God and pointing members “back to historical Baptist roots and Biblical understanding of scriptures.”

Davis leads an active church with numerous activities for all ages, including a children’s church.

Typically, the church offers a meal for a nominal cost every Wednesday before prayer services, and members celebrate holidays together with dinners or cookouts or a family night.

The church has an active, personal Facebook page. Members get involved by asking for prayer, and get notified of deaths, weddings and hospitalizations. Members are spotlighted on special occasions.

Davis was licensed to preach in February 2013 and was ordained in May 2019 by Auburndale Baptist Church in Louisville, Kentucky.

The 2011 Stone High School graduate was studying for his bachelor’s degree in civil engineering at Mississippi State University when he accepted a paid pastoral internship at First Baptist Church of Mathiston, northwest of Starkville.

He became a volunteer intern at Auburndale Baptist while working toward his Master of Divinity degree at the Southern Baptist Theological Seminary in Louisville.

His favorite scripture: “But I count my life of no value to myself, so that I may finish my course and the ministry I received from the Lord Jesus, to testify to the gospel of God’s grace” — Acts 20:24.