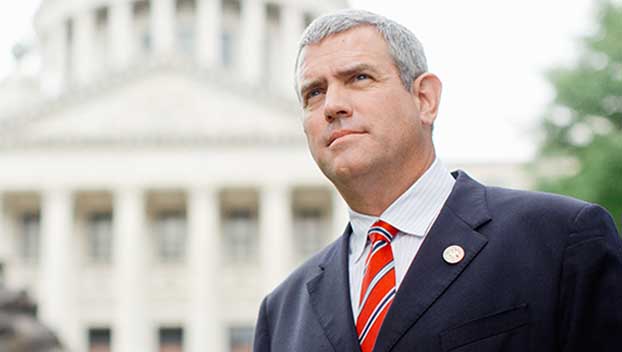 Mississippi Speaker of the House Philip Gunn said Sunday that he has tested positive for coronavirus. (Photo courtesy Philipgunn.com)

House Speaker Philip Gunn said Sunday that he had tested positive for the coronavirus as state health officials reported more than 200 new infections and five deaths linked to the pandemic.

Gunn, a Republican from the Jackson suburb of Clinton, said in a video posted to Facebook that he got tested because he had been in close proximity to another member of the House who tested positive.

“I felt like I needed to go get myself tested just because I had been with this person and this morning was informed that I too have tested positive for COVID,” Gunn said. “I feel very fortunate that I don’t really have very many symptoms and feel fine.”

Gunn said he called everyone that he had been in close proximity to recently to let them know of his diagnosis and planned to self-quarantine. He also called on the state’s residents to do the same if they find out they’re infected: “We need to make sure that we do everything we can to get this past us as quickly as possible.”

Gunn is the state’s highest-ranking political figure to publicly disclose a positive test for the coronavirus. He did not say who the other House member was.

The Legislature is out of session now but had been meeting several days a week during the past month. While some legislators or others at the Capitol wore masks, many others did not while sitting in close proximity in the house and senate floor and in committee rooms.

Gunn, the presiding officer of the 122-member House, has sometimes worn a mask and sometimes not.

In recent weeks he has been intimately involved in discussions over changing the state’s flag to get rid of the Confederate battle emblem and had been one of the key players in persuading enough people to vote for the change.

The Mississippi Department of Health posted its latest coronavirus statistics Sunday. The state recorded 226 new cases through Saturday bringing the total number of confirmed and probable infections to 30,900 across the state. Five more people also died from COVID-19. The deaths came in Harrison, Hinds, Lawrence, Lowndes and Walthall counties.

One other legislator has reported testing positive for the virus as well. Democratic Rep. Bo Brown of Jackson told The Clarion-Ledger on Thursday that he had received a positive test result for COVID-19. Brown, 70, told the Ledger he took a test about a week earlier because he was feeling a little unsteady and weak.

Mississippi’s top health official has repeatedly sounded the alarm over COVID-19. Heading into the holiday weekend, Thomas Dobbs tweeted a chart showing the state’s spiking coronavirus caseload and called on people to only celebrate with members of their household.

For most people, the new coronavirus causes mild or moderate symptoms that clear up in two to three weeks. For some, especially older adults and those with existing health problems, it can cause more severe illness and even be fatal.

BPD searching for 3 in connection with Friday homicide

Two men and one woman are wanted for questioning in relation to a homicide on Friday in Brookhaven. Anton Trebien... read more