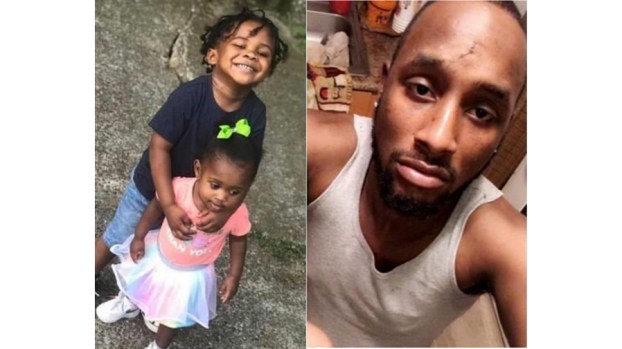 Photos from MBI/ An Amber Alert has been issued for 3-year-old Zaikeith Horn and 1-year-old Zyairah Hampton, last seen with Nickolas Hampton.

The Amber Alert issued for Zaikeith Horn and Zyairah Hampton has been canceled. Both children have been found and are safe. Suspect Nikolas Hampton is in custody.

The original story is below

The Mississippi Bureau of Investigation has issued an Amber Alert for 3-year-old Zaikeith Horn and 1-year-old Zyairah Hampton, of Greenville.

Horn is described as a black male, 3-feet 2-inches tall, weighing 35 pounds, with brown eyes and black braided hair. He was last seen wearing a burgundy T-shirt with animal print and black pants.

Hampton is described as a black female, 29 inches tall, weighing 24 pounds, with brown eyes and black pony tail hair. She was last seen wearing a pink T-shirt and a diaper.

Horn and Hampton are accompanied by Nickolas Hampton. He is described as a black male, 23 years old, 5-foot-5, weighing 125 pounds, with brown eyes and short black hair. He was last seen wearing a white T-shirt and dark sweat pants.

The last-known location was the 1200 block of Hwy. 82 in Greenville.

At this time it is unknown if a vehicle is being used.

If anyone has information regarding the whereabouts of any of these individuals, contact MBI at 855-642-5378 or call 911.