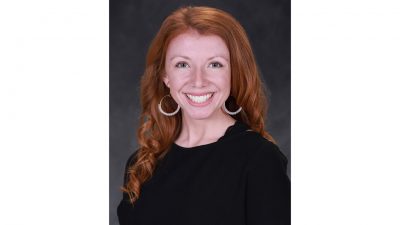 Lincoln County Miss Hospitality Aly Floyd places fourth in final statewide competition.
On Saturday, Floyd competed in Hattiesburg for the crown in the 71st annual Mississippi Miss Hospitality competition. Floyd competed against nine other contestants from all over the state. She made the top five and received fourth runner-up.
“It went very well,” Floyd said. “I went into it with the mindset that I didn’t care about the outcome as long as I made my county proud.”
Floyd said she enjoyed the competition and having the opportunity to represent Lincoln County.
“I felt very relaxed,” Floyd said. “It was less stressful l than I thought it would be and it was lot of fun.”
Floyd attended rehearsals all day Friday and Saturday morning before the pageant Saturday evening. During this time, she met the other contestants and the team who runs the Miss Hospitality program.
Floyd said the Miss Hospitality pageant was the first big event Hattiesburg hosted since the beginning of the COVID-19 pandemic. This meant the contestants had to take extra precautions during rehearsal and the pageant.
“The rehearsals were really fun,” Floyd said. “Saturday we went to a brunch and got to meet the people behind the scenes.”
The pageant had four portions: opening dance number, hometown commercial, evening gown and an onstage question.
For the opening number, Floyd and the other contestants learned the dance over Zoom calls. Rehearsal helped get everyone together for run-throughs.
For the hometown commercial, Floyd presented a 20-second commercial about Lincoln County. Her theme was the Amtrak train that runs through Brookhaven, focusing around the sounds of the town.
After the evening gown portion, Floyd and the other contestants each answered an onstage question. The top five were then chosen. Floyd and the other four contestants then answered another onstage question. The winner was then chosen.
“I’m very confident in how I did,” Floyd said. “I feel like I gave it my best shot. I told myself if it were meant to happen it would. The other girls were such good people and they did so good too.”
After making the top 10 earlier this summer, Floyd was shocked.
“Getting top 10 was already such a wow to me,” Floyd said. “To know I was top five… it felt good to know that my hard work really paid off.”
Even though Floyd didn’t win first place, she knows she did well.
“I was relieved that all that work paid off,” Floyd said. “I even got scholarships for it. I’m so thankful I made top five.”
Throughout her experience competing for Mississippi Miss Hospitality, Floyd said she learned a lot.
“I think the most important thing I learned that being genuine is the most important thing you can do,” Floyd said. “People can relate to that. You have to be genuine, kind to others and hospitable to be Miss Hospitality.”
She said the support she received throughout the competition has been overwhelming.
“I have been completely overwhelmed from the support from my county,” Floyd said. “I’ve learned so much about my community through this experience. I’ve used this to not only learn, but to meet people in my community. I know I had a huge support group watching me. I had so many messages and kind words. I’m so thankful for all the support Lincoln County has shown me through this.”
Following the competition, Floyd will continue to serve locally and attend events around town during the remainder of her term.
Floyd, 19, is an upcoming sophomore at the Mississippi University for Women. She is majoring in nursing.

Mississippi has hit a record number of COVID-19 cases in one day, as the Mississippi State Department of Health reported... read more