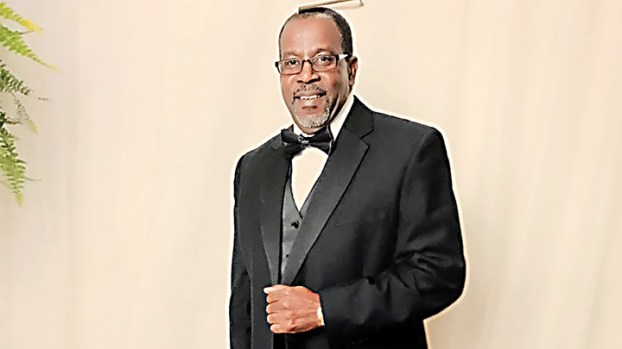 Know your pastor: God said, ‘I can use you. Your life, I can use’

At age 14 or 15, Larry Jointer could mimic any preacher he wanted to and would pretend he had an audience. In the back of his mind, Jointer thought he would become a preacher.

The Wesson native brushed off those thoughts with different plans but is now in his 25th year as pastor of St. James Missionary Baptist Church, 949 East Monticello St.

His call to the ministry came after Jointer lived in Los Angeles for 13 years, working for the Rapid Transit System and singing in nightclubs. He returned home, joined the Brookhaven Police Department and was training to be a deacon at Greenwood Missionary Baptist Church.

Jointer said that God, through his Holy Spirit, had spoken to him three times about the ministry. Jointer was troubled over it one night as he worked the 4-12 shift at the police station. About 10 p.m., he called Julius H. Bass, “one of those preachers we looked up to in the Brookhaven community.”

Bass got out of bed and agreed to meet him at the station, but told Jointer to stay there and have someone cover for him.

“I was just bawling,” Jointer said. “I was confused. I questioned, ‘Why me?’ My life had been raggedy.

“Pastor Bass calmed me down and told me what I should be doing. I felt God say, ‘I can use you. Your life, I can use.’”

Jointer said “yes,” and continued a family tradition. His father, eldest brother and great-grandfather (a former judge) were pastors.

Jointer said he is one of 15 siblings. “I was number nine, but only because there were twin girls ahead of me and we count them as one,” he said with a laugh.

Twins run in his family. His eldest son, Darnay Jointer, had one child and then had twin boys, twin girls, and a twin boy and girl. Jointer has two adult children, two stepchildren and 11 grandchildren.

He was a Brookhaven police officer nine years and a Lincoln County deputy for five.

Jointer pastored Greenwood for six years before taking the job at St. James.

During the coronavirus pandemic, Jointer preaches via livestream from church on Sunday mornings and teaches Bible study on Wednesday nights from his kitchen table. He is also working temporarily as a court bailiff.

People often don’t realize the responsibilities that fall on a pastor’s shoulders, he said.

“A pastor hurts just as bad when they bury someone. When people are in a hospital or struggling financially, a pastor takes on all of that.

“A pastor has to be someone who people can talk to. It’s the goodness of it, it’s the grace of it, and it’s having a good attitude. I love my church and I’m grateful God has placed me in this position. It’s all about him. It’s not about me.”

His favorite Bible verse is Philippians 4:13 (KJV): “I can do all things through Christ which strengtheneth me.”

The case rate for COVID-19 has jumped up again, with numbers slowly climbing in Lincoln County. The Mississippi State Department... read more