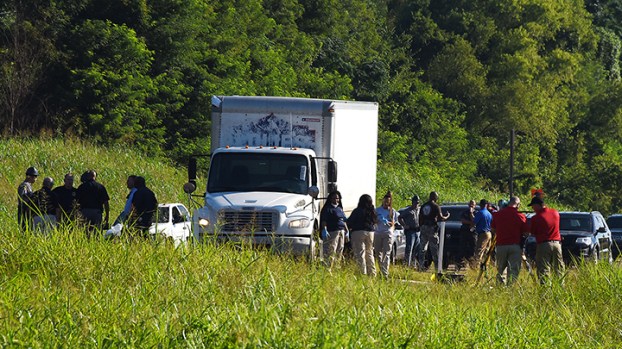 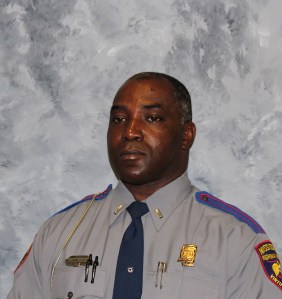 An off-duty state trooper was shot and killed early Friday morning while working as an independent contractor delivering the mail for the U.S. Postal Service.

On Friday morning at approximately 4:30 a.m. the Mississippi Bureau of Investigation responded to a shooting death in Jefferson County on US Hwy. 61.

Upon arrival agents discovered the driver of a US Postal Service delivery truck deceased in the vehicle. The driver, identified as Troy L. Morris, 58, of Natchez, was a 27-year veteran and lieutenant with the Mississippi Highway Patrol. Lt. Morris worked part time for the US Postal Service. The MBI Crime Scene Unit responded with agents to gather evidence and conduct interviews.

“It appears that he was changing a flat tire on U.S. 61 leaving Fayette,” Lee said. “I arrived at the scene around 8:45 a.m. after being notified by the Jefferson County coroner, who is on medical leave.”

Lee said everyone was noticeably heartbroken over the death of their fellow comrade.

“Troopers from around this state were vehemently searching for clues and leads to direct them to a possible suspect. The State Crime Lab sent a team of forensic experts to work the crime scene,” Lee said. “This is a sad day, not only for law enforcement but family and friends of Lt. Morris. My deepest sympathy and prayers.”

“This is a sad day for law enforcement, the Mississippi Highway Patrol, and the State of Mississippi. Our thoughts and prayers are with the family of Lt. Troy Morris. Local, state, and federal agents will work tirelessly to ensure justice,” said Commissioner Sean Tindell.

“We are deeply saddened at the loss of Lt. Troy Morris,” said MHP Director Col. Randy Ginn. “He was a good man, friend, and a valuable member of this agency. He will truly be missed by the Mississippi Highway Patrol. Our thoughts and prayers are with his family.”

The body of Trooper Morris was escorted under heavy guard to the Mississippi Crime Lab where he will have an autopsy today, Lee said. “I can’t believe someone would gun down a police officer like that.”

The US Postal Service, Mississippi Crime Stoppers and the MS State Troopers Association are offering a $108,000 reward for information leading to the arrest and conviction of any person or suspects. Call the U.S. Postal Service Tip Line at 1-877-876-2455 or MS Crime Stoppers at 1-888-827-4637.

Ben Hillyer of The Natchez Democrat contributed to this story.

The Office of Secretary of State Michael Watson is warning businesses in the state not to fall for a scam... read more