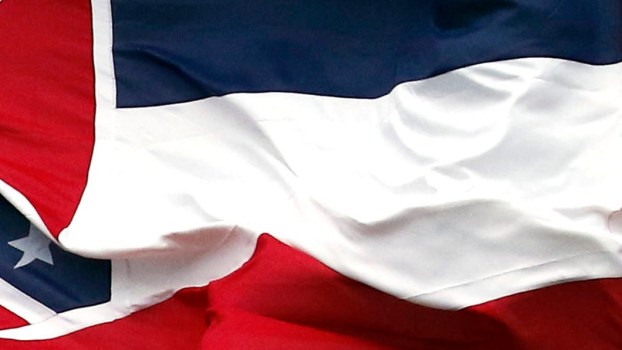 Waiting for that new Mississippi flag to unfurl

The Complete Flag Source store sits on a frontage road that runs beside the main interstate cutting through Jackson. It sells flags as big as 30 by 60 feet, and some as small as your hand. They have historic flags, state flags and some for every branch of the military. There’s an Israeli flag near the ceiling, and an Auburn Tiger version hanging on a rack.

But one flag is noticeably absent.

She says Mississippi’s most recent flag — the one that is no longer — is backordered with all her vendors. Collectors are making a rush on them because George Floyd’s death in Minnesota had a ripple effect in Mississippi. Instead of riots, heated discussions about the state flag rose to the surface, the kind of discussions that had been simmering for decades.

By mid-June the growing debate became a concern for Shawn Parker, head of the Mississippi Baptist Convention Board. “I and other leaders in Mississippi Baptist life began to ponder and pray about whether we should make a statement,” he told me during an interview a few weeks ago.

The view from Parker’s office includes a wide sweep of the state capitol building, the place where legislators vote on issues like the flag. One day he looked out on that scene during a Zoom call with several former presidents of the Mississippi Baptist Convention, and they talked about what they saw happening in their state.

“Far too many times in these kinds of discussions, economics drive the decision, or in this case, athletics threatened to drive the decision,” Parker explained. “We really felt that there was a moral dimension to this, and that it was our responsibility as servants of the Lord Jesus Christ to provide the moral voice on the issue.”

Soon, Parker had a press conference where he read a statement approved by members of his executive committee. Mississippi Baptists went on record requesting the state adopt a new flag. Parker says they’ve received lots of support for the statement, as well as some criticism.

“They feel like we shouldn’t be involved in politics. They are concerned that we are violating a vote of the people in 2001.”

The Baptists’ pronounced involvement in the public debate was out of the norm. But so was the legislative action that followed it. It took a two-thirds majority of Mississippi’s House and Senate to suspend bill-filing deadlines. That had to happen before the flag change effort could even get rolling. But it did happen, plus a vote and a governor’s signing ceremony — all within a dizzying span of four days.

Getting a new flag is a process, though. In the days since the historic vote, top politicians have taken part in a ceremonial retiring of the Capitol’s flags to the Museum of Mississippi History. State employees have removed flags from public buildings. The Department of Archives and History has fielded calls about proper flag disposal. And more than 2,600 design entries have rolled in for the new flag commission to consider.

One of those belongs to Linda Freeman, a Louisiana transplant who describes her acrylic entry as a “statement of peace.” Like many other contest hopefuls, her design includes the state flower, the magnolia. Then there’s a red ribbon winding through the royal blue background, as well as a touch of gold.

“I thought the gold was important because I was thinking we all need to remember the Golden Rule,” she says. Pointing out the simplicity of her canvas, Freeman admits she’s an amateur artist.

“I called several people who are really good artists and mentioned it to them, and I didn’t think they were going to do it. I thought, ‘I’ll just do it myself.’ We have the opportunity to participate and have a voice, and I thought it was important for people to participate.”

Whack-A-Mole was a popular arcade game back in the mid-1970s which required players to use a mallet to strike randomly... read more