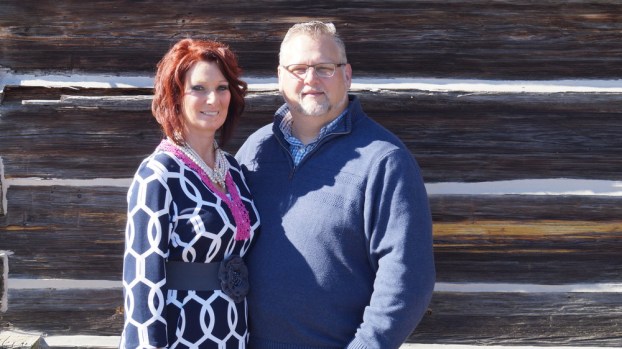 Photo submitted Rev. Jim Mannon is the pastor at Brookhaven Assembly of God. From left: Mannon, and wife Kim.

Brookhaven pastor loves the heart of his congregation

In the past decade, The Rev. Jim Mannon of Brookhaven Assembly of God has seen God change his church from a traditionally white congregation to a multi-racial, multi-cultural church.

National news reports of racial division and racism in general are topics he doesn’t shy away from.

“The problems we’re seeing are heart problems,” Mannon said. “Understanding, purpose and value can’t be legislated. It has to be a heart change.”

Mannon said the majority of the members of his church welcome everybody, whether they’re visitors or from different backgrounds.

“I love the heart of my people,” he said. “And I love that we are able to be a blessing to our community, being able to give back to the community.”

Mannon has pastored the church for 15 years.

He and his wife Kim, the church worship leader, minister to the hurting and broken out of their own pain, reassuring them that “God has a plan better than they can ever accept, hope or imagine,” Mannon said.

Some 15 years ago, his wife was diagnosed with cancer of the chin, and suffered from side effects.

Cancer treatment and reconstructive surgery left her with half a chin and a disfigured mouth which she can’t close. Mannon said he hurt for his wife. She wondered if she would be able to sing again.

“What the devil intends for evil, God intends for good,” she said. “I can still sing. He didn’t take my ministry away from me.”

The couple, originally from Louisiana, has been in ministry over 30 years.

Mannon said God began dealing with his heart when he was 16, telling him to preach. In that season of searching, God led him to Isaiah 5:8: “Whom shall I send, and who will go for us?”

“I felt the pressing of the Holy Spirit, asking me that question, ‘Will you go?’” Mannon said. “Later, in a church service, a minister confirmed that word in my life.”

Mannon and his wife dated about a year and got married after high school. They moved to north Mississippi and Mannon planned to pursue a nursing degree.

“God reminded me that I was going to have to make a choice,” he said. “I could be a nurse, but that was not what God called me to do.”

Mannon studied at Northwest Community College in Senatobia and has completed ministerial studies.

Mannon served as minister of youth at Hight Assembly, Noxapater, Senatobia, New Life and Horn Lake, and returned to New Life as Christian Educator. He then became a full-time youth pastor at Noxapater.

The job at Brookhaven Assembly, 226 North 2nd St., is his first as lead pastor. The assembly is in its 86th year.

Mannon is also director of men’s ministries for the Mississippi District of Assemblies of God.

The Mannons have college-age sons, Ethan and Zackary.

Mannon’s favorite scripture is Jeremiah 29:11: “For I know the plans I have for you, declares the Lord, plans to prosper you and not to harm you, plans to give you hope and a future.”

Brookhaven police are looking for a man considered armed and dangerous. The Lincoln County Sheriff’s Office has called off an... read more