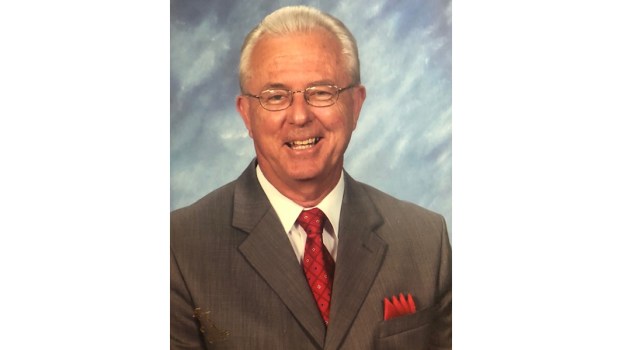 Charles Bendon Ginn, 77, of Brookhaven, MS. went to be with his Lord and Savior, Jesus Christ, on August 17, 2020. He was surrounded by his bride of 54 years and his three loving children as he entered Heaven’s gates.

He was born on Feb. 12, 1943, in Tylertown, MS. He was a graduate of Tylertown High School, William Carey University and New Orleans Baptist Theological Seminary where he earned a Master of Divinity degree. Bro. Bendon, as he was affectionately known, began his ministry at Saul’s Valley Baptist church and then Enon Baptist Church in South Mississippi. He was then called to the mission field in the Pacific Northwest where they served for 12 years. Afterward, they returned to their home state of Mississippi and served the following churches: First Baptist Church of Nettleton (1981 – 1985), Easthaven Baptist Church of Brookhaven (1985 – 2005). Philadelphia Baptist Church of Caseyville (2005-2015) and Little Bahalia Baptist Church, Wesson (2015 -2020). Bro. Bendon always had a heart for missions and continued to participate in mission work throughout his life.

He was preceded in death by his parents, Sedgie V. (Sr.) and Etheland Ginn; his brothers Sedgie V. Ginn (Jr.) and Steven J. Ginn; and his nephew, Eric Howse.

One word comes to mind when describing Charles Bendon Ginn and that word is LOVE. First and foremost, he loved his savior, Jesus. Next to Jesus, he loved his bride of 54 years, followed by his children and grandchildren. He also loved people — ALL people. He was always thinking of how he could share God’s love with them. He never met a person that he did not ask if they were a person of faith and then would follow it up with a word about his Lord. He shared God’s love everywhere he went.

Bendon loved the outdoors. Growing up in Tylertown on a farm, he developed a passion for all of God’s Creation. From the birds in the air to the fish in the water, he spent every chance he could taking in God’s wondrous beauty. He had a way of describing God’s handiwork that very few people did which made everyone around him want to see it the way he saw it. When describing one of his favorite wildflowers, the Goldenrod, he would describe them as towers of pure gold, rising from the earth, reflecting the sun and sending beams of light towards the Heavens. He hunted, fished, gardened and maintained the earth that God allowed him to see and use. We will miss hearing him talk of his passion for every one of God’s creations. Although he lost one of his eyes in an accident as a child, he saw more beauty with one eye than most people ever do with two.

He is now a resident in the most beautiful place ever created. We can hear him say, “If you could just see me now…. Glory!” To the ones left here on earth Bendon would say, “The best is yet to come” Glory to God in the Highest!” To those who do not know Jesus as their Savior, he would ask, “Please receive him today and experience true joy and peace.”

Visitation will be held at Easthaven Baptist Church on Friday, Aug. 21, from 4-8 p.m.

A memorial service will be held at Easthaven Baptist Church on Saturday, Aug. 22, 2020, at 11 a.m. with graveside to follow at Riverwood Memorial Park. Them memorial service will also be accessible via live-stream on Easthaven’s Facebook page for those unable to attend. We respectfully ask that those attending wear face masks and that social distancing be observed at all services.