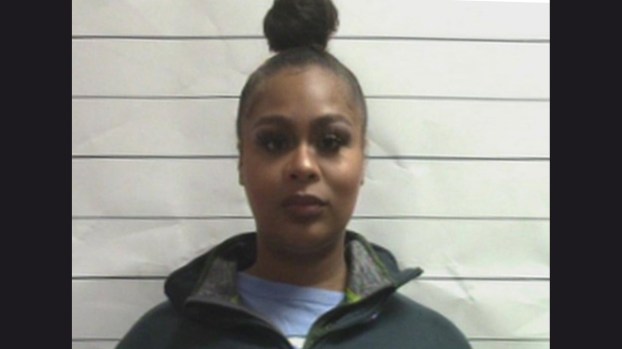 (AP) — A former top official at the Mississippi Department of Education and three contractors who worked with the agency are being accused by the federal government of stealing thousands of dollars from the state of Mississippi by manipulating the bidding process for contracts and inflating costs.
The government alleges that, while acting as executive director of the Office of Educator Quality in the Department of Education from 2013 to 2016, Cerissa Renfroe Neal stole $42,000 from the state and granted contractors she conspired with more than $650,000 in state contracts, including federal funds the U.S. Department of Education granted to Mississippi.
Neal, 45, of Madison County, was charged in a federal indictment with conspiracy, wire fraud, money laundering and bribery, U.S. Attorney Mike Hurst announced Thursday. Contractors David B. Hunt, 54, of Jackson, Tennessee; and Joseph Kyles, 51, and Lambert Martin, 59, of Memphis, Tennessee, also face conspiracy and wire fraud charges. Kyles is also charged with money laundering and bribery.
Neal has pleaded not guilty. Neal’s attorney, Lisa Ross of Jackson, urged people to wait for the legal process to play out before making judgments.
“These are just allegations and they are one-sided allegations from the government,” Ross said Thursday. “There’s more than one side of the story and people should keep an open mind. Let’s follow the evidence where it leads us.”
Neal was arraigned on Aug. 19 and released on $10,000 bail. Hunt, Kyles and Martin will appear for arraignment Sept. 10 in U.S. District Court in Jackson.
Authorities accuse Neal of splitting state contract requests into multiple, smaller contracts to avoid threshold amounts that would trigger a formal, competitive bidding process. When she needed to obtain vendor quotes for comparison, Neal would obtain false and inflated quotes to guarantee the award of the contract. Then, she and her co-conspirators would split the profit, officials said.
Hurst said Thursday that those who defraud the public’s trust need to answer for their wrongdoings in a court of law.
“Public corruption erodes faith in our democracy and decays the very soul of our form of government,” Hurst said.
State Superintendent of Education Carey Wright said the department reported suspected activity involving Neal in October 2017 to the Office of the State Auditor.
“At the time of the discovery, we conducted an immediate, internal audit of all business transactions in which the former employee was involved and provided the audit results and all related records to the OSA,” Wright said in a statement. “We are eager to continue to assist the investigation through to its conclusion.”
Kyles owns The Kyles Company in Memphis; David Hunt owns Doc Imaging, also known as Hunt Services, in Jackson, Tennessee; and Lambert Martin owns Educational Awareness in Memphis.
If convicted, each defendant faces maximum penalties of 20 years in prison for each count charged for conspiracy and wire fraud, and 10 years in prison for each count of money laundering and bribery. Each count also can merit a fine of up to $250,000.

(AP) — A Lewiston man charged in connection to a fatal shooting that occurred last month was ordered to be... read more