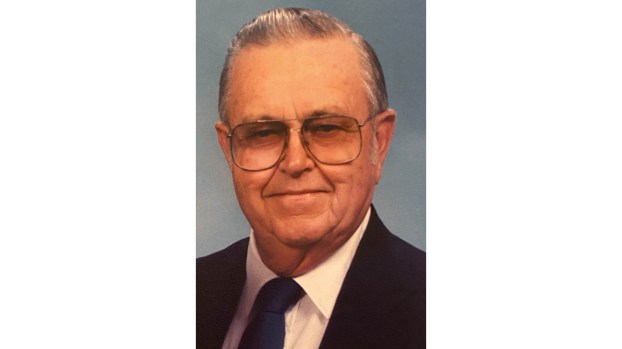 Smith served in the U.S. Navy during World War II aboard the USS Chicopee (AO-34), a fleet oiler. His military service spanned the American, European and Pacific theaters of operations and he earned four battle stars for combat action in the Pacific.

He attended Brookhaven High School and entered the Navy during his senior year. After being discharged from the Navy, he completed high school. He continued his study at Copiah-Lincoln Junior College, earning an associate’s degree, Millsaps College, earning a bachelor of science in geology, and Mississippi State University, earning a master of science in petroleum geology. He was an honor student at each level of study.

While at Copiah-Lincoln Junior College, he met the former Mary Nell Hart of Brookhaven, Miss. They were married in 1948.

Smith joined Exxon as a petroleum geologist in 1952. He served with Exxon for 34 years in assignments across southern Louisiana, including many years in Exxon’s Southeast District Production Department in New Orleans. He rose quickly within the company to leadership positions, earned numerous awards, and was known as a pioneer in offshore oil exploration. When he retired in 1986, he was Exxon’s senior geological scientist for the southeast U.S.

Upon retirement, he and Mary built a home in Brookhaven where they enjoyed more than 30 years of children, grandchildren, great-grandchildren, friends and other family coming to visit.

His grandsons served as pallbearers.

The family would like to thank his caregivers over the past year, Quinta Brewer and Mary Price, for their devotion to his care.