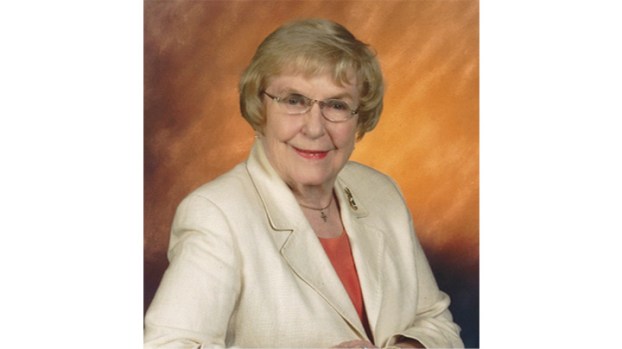 Dorothy Helen Dillard Cannon (known as Dott Cannon or “Mima”) completed her life’s journey of almost 95 years on the afternoon of September 9, 2020. She made her transition gracefully surrounded by the love of her family and friends. Dott expressed her pure, magnetic, accepting and generous nature in her many relationships of all kinds and ages.

Dott Cannon was born on September 25, 1925 to Erin and Evie Dillard in Tupelo, where she grew up. She attended Ole Miss at 16 years old from 1942-1944 where she was a member of the Delta Gamma Fraternity, and she went to Yale for graduate studies in nursing from 1944-1947. Dott served in the military as a nurse cadet in 1944, and later got a job at the Brookhaven Health Department, where she met her husband, Fred Cannon.

Dott married Fred on May 16, 1948, and they shared 45 years together. Dott raised five children and contributed to the family business along with many social and civic organizations. In 1976, she took on responsibility for Dillard Enterprises as co-president and later became the sole owner and president.

Dott’s role in her community was a life-long commitment and dedication to volunteerism. She was a member of the Episcopal Church of the Redeemer, she participated in the King’s Daughters and Sons Willing Hearts Circle and Junior Auxiliary, and she served on the Mississippi State Board of Health and the Mississippi School of the Arts Foundation Board. She enjoyed the Garden Club, the Brookhaven Camellia Society, her Bridge Club for over 65 years, her Luncheon Club and the Climbers Club.

Dott Cannon was always up for an adventure and she traveled with family and her “Country Club” girl-friend group through the US, Europe, Mexico and Central America, China and Japan, Australia and New Zealand. She was quick to turn a stranger into a friend with her sincere curiosity and compassion.

Dott will be remembered for her kind and open heart — she made introductions with her hand over her heart expressing her love, “This is my dear, dear friend.”

Everyone who knew Dott Cannon was touched by her warm and beaming spirit. She made all of us certain that we were the most special to her.

Dott was a rare gem, a soaring comet, a sanctuary of loving enthusiasm that will be sorely missed by many.

The family wishes to thank Jewelene Buie, Sandra Nelson, Joyce Brown, and the staff of Encompass Health Hospice for their loving support and help through Dott’s transition time.

There will be a private family service at the Episcopal Church of the Redeemer on Saturday, September 12, 2020 at 10:30 a.m., available through their website www.redeemerbrookhaven.com. Andrew McLarty will officiate the service.

In lieu of flowers the family requests donations to the Episcopal Church of the Redeemer.