Funeral songs: Which one would you pick for yours? 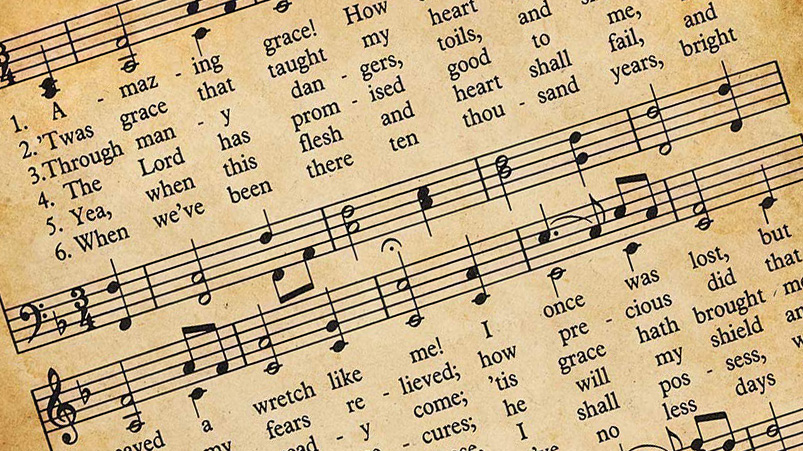 Colby McMorris is only 32, but he’s been working at his family’s funeral home for half his life. It’s a busy business. Ten funerals were in the works on the day I asked him what’s common regarding funeral music.

“‘The Old Rugged Cross,’ ‘Amazing Grace’ and ‘Beulah Land’ are probably the main three hymns used more than any others,” he answered, adding that it’s important to give some thought to what will be sung or played at your funeral, no matter how old you are. “You’d be surprised how many families would like to go back and see exactly what their loved one may have wanted.”

Ginny Bates agrees. Sitting next to her mom during a Saturday visit, she told me she’s glad her mother has all that picked out: “When she passes, I don’t think I’ll be in any condition to be making major decisions.”

Her 95-year-old mother, Ethel Mae Britt, has two hymns she’d like at her funeral. One is Horatio Spafford’s “It is Well with my Soul,” with lyrics that bear witness to Britt’s life experiences. Things like living through the Depression and losing the family farm, then marrying a man who had suffered as a POW in Germany. But what does she want this hymn to convey at her funeral, when her body is lying there in a casket?

“I want my friends and family to realize that everything really is alright with me, because of what Christ has done for me.”

And the second hymn? Britt wants her niece to play “How Great Thou Art” on an “ulcimer.” I think she means dulcimer. But that’s news to her musician niece, Fran.

A few miles away from Britt’s home, a couple sitting under a stand of crepe myrtles also pondered my funeral song question. Ninety-year-old John Paul Smith and his wife, Bessie, landed on two of the same picks and provided impromptu renditions. The sound of a metal swing kept time as he sang “I’ll Fly Away,” followed by her joining him for “Amazing Grace.”

“‘Amazing Grace’ is probably a favorite of many people,” John Paul pointed out. Bessie gave her idea as to why.

But there was one point on which they differed. John Paul expressed his opinion that funerals are sad, as well as their hymns. Bessie wasn’t having that.

“I disagree with the funerals being sad part,” she interrupted. “The Lord has taken you home from all the pain and suffering.”

I also talked with Baptist pastor Zach Kilpatrick, who’s 34. He thinks his hymn choice would be unfamiliar to church members raised on more contemporary worship songs, but he really likes Martin Luther’s “A Mighty Fortress is Our God.”

“I love the message of the song. I’d want a hymn that would point my family not to think as much about me, but to think about His promises.”

He says funeral music serves a dual purpose, and both involve memories and reminders.

“One, it allows the family to think about the loved one. You know, ‘This was a mom’s favorite hymn. This was my grandfather’s song that he would whistle when he was in the yard.’ Two, whenever they’re theologically sound, hymns also remind the family of God’s goodness.”

And that to be absent from the body is to be home with the Lord.

That’s what Methodist minister’s wife Lisa Irving emphasized. At 53, Irving is busy raising two teenage daughters, but she’s thought about her funeral. She wants the contemporary “Give Myself Away” on the program, as well as one she learned long ago at her church in Chicago — Jessy Dixon’s gospel standard, “I Am Redeemed.”

My last stop was a house where a couple was celebrating 68 years of marriage. Dad was happy to oblige and sang the first verse of “Because He Lives.”

And even though she’s forgetting so much these days, Mom picked out a few bars of “He’s the Lily of the Valley” on the piano. Then she chimed in haltingly for the close with words fitting for any funeral — anytime, anywhere.