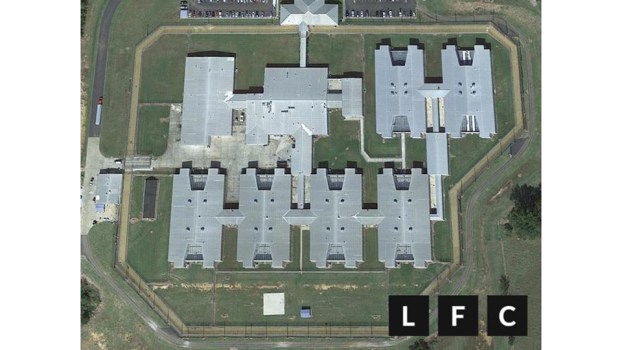 (AP) — The head of Mississippi’s troubled prison system told lawmakers Thursday that the Department of Corrections intends to move some inmates out of a private prison and into a state-owned facility by mid-December.
Corrections Commissioner Burl Cain said the department is spending about $1.5 million and using inmate labor to make repairs to the Walnut Grove Correctional Facility so it can be reopened. Cain said a contractor submitted a $10 million bid to do the work on the facility in Leake County.
“We don’t have $10 million. We used inmate labor and so forth,” Cain told members of the Joint Legislative Budget Committee.
He didn’t provide details about the work being done at the Walnut Grove prison, which has been closed since 2016. The state has continued to pay for the debt it incurred to build the facility.
Republican Gov. Tate Reeves took office in January and chose Cain to lead Mississippi’s prison system, which came under a U.S. Justice Department investigation after an outbreak of violence left several inmates dead or injured in late December and early January. Because of the violence, the Department of Corrections moved hundreds of inmates out of the Mississippi State Penitentiary at Parchman to a privately run prison in Tallahatchie County.
A lawsuit funded by music mogul Jay-Z is also seeking to force the state to improve living conditions at Parchman.
The 14-member Joint Legislative Budget Committee held several hours of public hearings Thursday as part of the long process of working on a state spending plan for fiscal 2022, which will begin July 1. By mid-November, the committee will estimate how much money the state can expect to collect in taxes and fees for the coming fiscal year, and they will use that figure as the basis for allocating money to agencies and programs. Legislators rely on experts for insight about the state and national economy.
Corey Miller, an economist who works for the state’s University Research Center, told legislators that because of the coronavirus pandemic, Mississippi lost about 10.5% of jobs in March and April. That compared to the loss of 14.5% of jobs in the U.S. during the same months. He said Mississippi has recovered a larger share of lost jobs than the nation as a whole.
“Mississippi’s economy, in some ways, was not hit as hard by the COVID-19 recession as the U.S. economy,” Miller said.
Miller said economists predict growth for the national and state economy in coming months, but those predictions are based partly on the assumption that a coronavirus vaccine will become available.

(AP) — The Mississippi Highway Patrol is looking for new troopers. Applications for the upcoming Cadet Class 65, which will... read more