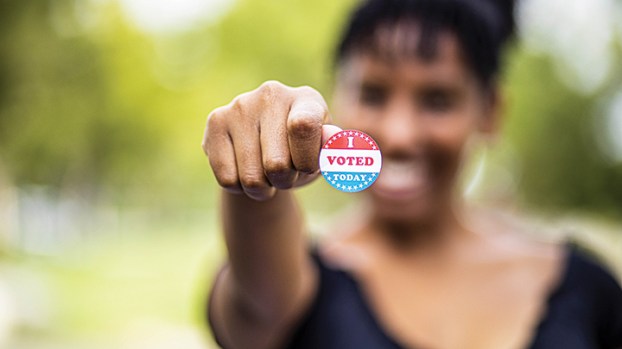 You asked: What’s on the ballot in November?

Q: What’s on the ballot in November?

A: This November, voters will be presented with several items on the general election ballot.

All across the United States, people will cast votes for president and vice president. In Mississippi, voters will make more decisions, also.

Choices for president on the ballot will include incumbent Donald J. Trump (R) and Michael R. Pence as vice president. Trump’s primary opponent is the Democrat nominee and former vice president Joseph R. Biden Jr., with Kamala D. Harris as his VP pick.

Residents of the 3rd Congressional District — which includes portions of Southwest and Central Mississippi, including such cities as Brookhaven, McComb, Natchez, Meridian, Philadelphia and Starkville — will choose either incumbent Michael Guest (R) or Democrat challenger Dorothy “Dot” Benford.

D. Jason Childress is the sole candidate on the ballot for the Brookhaven School District outside at-large board member, meaning he lives in the separate school district but outside the city limits. Term is five years.

For six-year terms on the Lincoln County School Board, incumbent Diane Gill is running unopposed for Education District 4; incumbent Perry S. Brown and Barbara F. Buie are the candidates for ED-3.

These positions are non-partisan.

Three measures are also on the ballot for all Mississippians.

Alternative Measure No 65A asks, “Shall Mississippi establish a program to allow the medical use of marijuana products by qualified persons with debilitating medical conditions?”

The Legislative Budget Office provided a Fiscal Analysis for each. The cost or revenue impact associated with 65A was deemed undeterminable. The impact of 65 was estimated as follows:

Overall cost to the state for year one is estimated to be $11.068 million; anticipated expenses of $24.068 million and anticipated revenue of $13 million.

The anticipated expenses for each year afterward is $15.338 million; anticipated revenue of $26 million; overall annual revenue of $10.662 million, all of which must be used to support the state marijuana program.

Voters will vote in two stages on the ballot. Each voter must either chose “FOR APPROVAL OF EITHER” — which allows a vote for either 65 or 65A — or “AGAINST BOTH” — which is a “no” vote to both options.

Ballot Measure 2 is House Concurrent Resolution No. 47. HCR47 provides that a candidate for governor or any other statewide office must receive a majority of the votes cast in a general election. If no candidate receives a majority, a runoff will be conducted. A “yes” vote for this measure will remove the provision that a candidate must receive the most votes in a majority of Mississippi House of Representatives’ districts. A “no” vote will keep the current requirement.

Ballot Measure 3 is the Flag Referendum, HB1796. The vote is a simple “yes” or “no” vote on whether the proposed design for the new Mississippi state flag — the “In God We Trust” flag — should be adopted. If approved, the design will become the new state flag. If defeated, the Flag Commission will choose other designs to recommend for a future vote.

A sample ballot for the November election — as well as other forms and documents from Lincoln County Circuit Clerk Dustin Bairfield — can be downloaded at www.dustinbairfield.com by clicking on “Forms.”

COVID-19 case numbers have begun to rise again as Mississippi enters the fall season. On Friday, the Mississippi Department of... read more