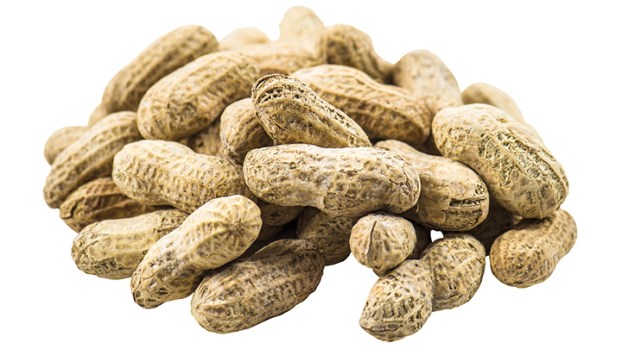 Carlisle Lane in Claiborne County is a strip of blacktop that leads to pretty much nowhere, except vast fields of whatever’s in season. These days, it’s peanuts. The smell of them hangs in the air thanks to combines working hard to get in this year’s harvest. They kick up dust clouds, too. Massive ones. Lonnie Fortner, owner of Bayou Pierre Farms, manages nearly 4,000 acres of diversified crops spread out over 60 miles. That includes 400 acres of peanuts on Carlisle Road. He does it from his “office” — a 4×4 Tundra so dusty you can’t even read the tag.

But in spite of the dust, it’s the rains from recent hurricanes that have caused problems this season. Fortner calls them “tornadoes on water skis.”

“At this point in time in the year, we can’t do anything different. We’re all in. You live in fear of the hurricane. And here we are, two weeks in a row with the storm watch.”

While he talked, a trailer pulled through the gravel parking lot beside us. It’s something Fortner calls a “nut buggy,” and it was carrying some 15,000 pounds of peanuts.

“We’re picking peanuts when you’re not supposed to be picking peanuts,” he explained. “It’s sprinkling rain and cloudy and overcast and the vines are green, but they’re talking about four inches of rain coming tomorrow.”

Harvesting peanuts is different from harvesting other crops. First, machines have to invert them, or dig them up, then they’re supposed to dry on top of the ground for about five days. After that, a combine comes through and shakes them from their vines. So Fortner’s peanuts — all planted in May — are at different stages. Some in a side field are still lush, green mounds waiting for inversion. Fortner is good at giving the lowdown on goobers.

America’s love affair with the peanut is long and layered. Whether dry roasted, boiled or turned into butter, peanuts have always been a popular staple food, with more than 5 billion pounds produced in the United States last year. But with pandemic homelife putting even more PB&Js on the table than usual, the peanut industry has been busier than ever. That means Fortner has been busier than ever.

The State grad grew up on the seat of a tractor, but the ag crisis of the 1980s dampened his hopes of following in his father’s footsteps: “A lot of people did not come out the other side of that, and my family was one of those. People take it for granted, but when you get out of the loop, it is very hard to get back in.”

After college and a five-year stint with the USDA, Fortner joined the Clairborne County farming operation and worked his way up from manager, to partner, to owner and operator.  Along the way, he’s been open to new technologies and methods. His corner field represents a research project for Mississippi State University where they’re testing a growth regulator for peanuts — a spray to produce more nuts and fewer vines. On his phone, there’s a John Deere app called “MyOperations.” With it, he’s able to read data from equipment in the field, the kind that helps him troubleshoot problems from 20 miles away.

But even with the latest technology, things break. On the day I visited the fields, it was a universal joint. An employee opened his tailgate and showed Fortner the implement, one that would have to be fixed in Jackson. And while Fortner says their annual repair and maintenance bill can be hard to look at, it’s only one of farming’s variables.

“There’s so much we have no control over. I have to just give it to the good Lord and let Him take care of the things that I can’t control. The only thing I can control is how hard I work.”

That work ethic has gained Fortner notice. In 2018, officials honored him with a regional farmer of the year award. After so many seasons of sowing and reaping, Fortner says farming is still teaching him and his family lessons about relying on God.

“We’ve been here for 25 years, and even with all the different storms we’ve gone through, we’ve always made a decent crop. We may not have made what we hoped, but we made enough to make it to the next year.”

Democrats and Republicans alike have strained at gnats to obscure the fact that decisions regarding the naming of a successor... read more