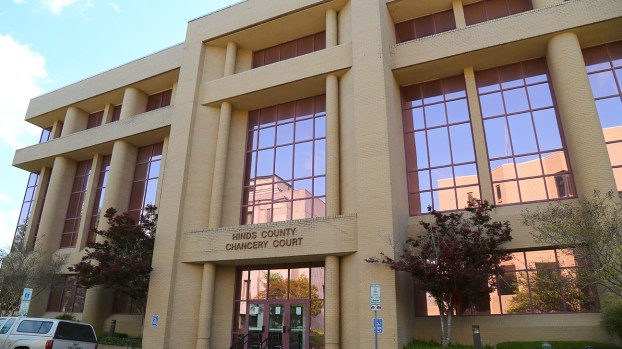 Gov. Tate Reeves’ partial veto of the state budget passed by the Legislature has been overturned in Hinds County Chancery Court.

House Speaker Rep. Philip Gunn and House Speaker Pro Tempore Rep. James White filed a lawsuit against Gov. Tate Reeves in Hinds County Chancery Court requesting that Reeves’ partial veto of the House’s budget bill — House Bill 1782 — on July 8 be declared null and of no legal effect, thereby declaring HB1782 law in its entirety. Gunn and James argued that the governor interjected his legislative judgment in place of the Legislature itself, thwarting legislative intent and effectively rewriting the bill.

Reeves maintained that his partial veto was a constitutional exercise of his legal power to veto two parts of an appropriations bill about which he had concerns and put those appropriations to the test of a two-thirds override vote by the full legislative body. Reeves asked the court to declare the veto lawful and dismiss the lawsuit.

On July 2, the Legislature advanced HB1782 to the governor’s desk. On July 8, Gov. Reeves partially approved the bill, vetoing lines 194-206, which provided “a $2,000,000 appropriate of Federal CARES Act funds to the North Oak Regional Medical Center or its successor entities.” Reeves argued that the center had closed “long before the COVID-19 outbreak” and had not treated any patients with the virus. He also argued that even if the center had been purchased and reopened, it could not have incurred $2 million in qualified reimbursable expenses during that time period.

Reeves also vetoed lines 207-222, “providing a $6,000,000 appropriation of Federal CARES Act funds to the MAGnet Community Health Disparity Program.” The governor said he was uncomfortable allocating $6 million of CARES Act funds to an entity of which he was previously unaware, writing, “If it was the intent of the Legislature to allocate funds to Federally Qualified Health Centers, the State Department of Health would have been a more appropriate conduit.”

On the same day, Reeves signed HB1805, which stated any CARES Act Funds not expended by Dec. 28 shall be transferred to the Unemployment Compensation Fund no later than Dec. 30, along with the transfer of any funds deemed appropriated to ineligible expenditures.

On Aug. 10, the House of Representatives reconsidered HB1782 in light of the governor’s partial veto and referred the HB1782 to the Rules Committee. The committee recommended on Aug. 24 that the House “take no action.” No representative made a motion in respect to the partial veto.

Speaker Gunn and Rep. White filed suit in Hinds County to push the bill into law, arguing that government bills and employees could not be paid legally without a passed budget, and the current budget stood partially vetoed and therefore incomplete.

The court provided the following analysis:

“The process for how a bill becomes law in Mississippi is well-established. Once a bill is passed by the Legislature, it is presented to the governor for approval. … The governor then has three options: approve the bill by his signature, return the bill to the Legislature for reconsideration, or do nothing. A bill is enacted by the governor’s signature, by no action of the governor for five days, or by a two-thirds vote in both Houses after disapproval.” “Section 73 of the Mississippi Constitution … carves out an exception to this approval process, which specifically allows the governor to ‘veto parts of any appropriation bill and approves parts of the same, and the portions approved shall be law.’”

However, the court determined, the governor is not authorized to veto any segment he/she chooses. The veto power must not be used to veto portions of appropriations bills that affect other portions. Only segments which can stand alone may be vetoed.

The court determined, “Neither of the provisions vetoed by the governor … are an entire, separate and distinct appropriation and neither is subject to the partial veto authority granted to the governor (in) the 1890 Constitution.”

“The Court finds that the Partial Veto was of a condition (and) therefore … was unconstitutional,” Chancellor Grove wrote in conclusion of her judgment. “Accordingly, HB1782 became law, in its entirety, as passed by the Legislature.”

Reeves appealed the ruling Monday afternoon to the Mississippi Supreme Court. The Office of the Attorney General also filed an Emergency Motion for Stay Pending Appeal before the Court.

Speaker Gunn and Speaker Pro Tempore White on Tuesday filed a response before the Supreme Court in opposition to the motion for stay.

The Mississippi Supreme Court this week unanimously declined to review an appeal for Cordarryl Bell of Brookhaven. The top court’s... read more