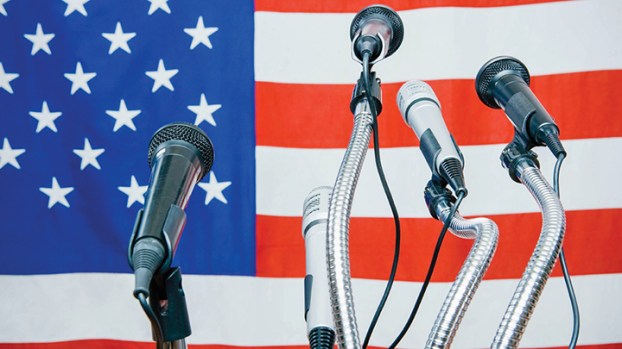 As political debates go, Trump-Biden is not the wildest, most intense one I’ve witnessed

Please make no mistake; the Trump-Biden debate was embarrassing for our country. It was disheartening in a time of great national turmoil and fear driven by pandemic, social unrest, and unease over the state of the national and global economies. And it begged the sobering question: “Are these two guys the best the United States can do in our search for leadership moving forward?”

Anyone looking for a debate winner between this pair is still looking. Nobody “won” that debate, least of all either candidate or the American electorate.

While the conclusion that it was the worst presidential debate in U.S. history is apt, it’s not the wildest or most intense political debate I’ve ever seen — not by a longshot.

In the 1980s and 1990s, I moderated more than two dozen Mississippi primary and general election debates in congressional, senatorial and gubernatorial debates. Many of those were under the auspices of the Mississippi Press Association.

But none were more combative and tense than the so-called “Great Debate” between Republican incumbent Gov. Kirk Fordice and Democratic gubernatorial nominee Dick Molpus under the Founder’s Square Pavilion at the Neshoba County Fair.

The late Kirk Fordice, a tough contractor from Vicksburg, made what most observers saw as a meteoric rise in Mississippi politics on the way to being elected governor in 1991 as a challenger to incumbent Democratic Gov. Ray Mabus. But inside the Mississippi GOP, Fordice was well known as one who had been active back to the days of Barry Goldwater.

Fordice unseated Mabus in a close election (50.8 percent victory) in 1991 to become Mississippi’s first Republican governor since Reconstruction despite never holding a prior public office.

By 1995, Fordice was no longer an insurgent businessman — he was a political force of nature. He was challenged by veteran Democratic Secretary of State Dick Molpus of Philadelphia.

Over three consecutive terms in office, Molpus has made a name for himself by raising the secretary of state’s office to prominence with substantive policy accomplishments in school trust land reform, civil rights gains, election reforms and lobbying reform.

The Fordice-Molpus race initially centered on tax policy. Fordice wanted to implement a three-year plan to cut the state’s income tax by about $80 million.

Molpus countered with an alternative plan to cut the state’s sales tax on groceries, arguing that unlike Fordice’s income tax cut, his plan would help 100 percent of the state’s taxpayers. But the Democrat was politically hamstrung by his prior support for a 1992 sales tax increase enacted over Fordice’s veto. The tax hike was for support of public education, Molpus’s lifelong policy passion.

There was no love lost between the two candidates, a condition that deteriorated during the campaign. At the 1995 Neshoba County Fair, that mutual dislike was center stage at the first political debate in the then 106-year-old campground fair history.

Over 3,000 people crowded in and around the pavilion in stifling heat. A thunderstorm has blown through the fairgrounds, and the humidity was as thick as molasses.

Writers Jere Nash and Andy Taggart recounted the event in their book Mississippi Politics: The Struggle for Power 1976-2006: “I don’t remember from a lifetime of listening to stump speeches…[anything] that even approached the in-your-face tenor of the exchanges between … Fordice and … Molpus. They don’t like each other. They don’t agree with each other politically. And when they both view the other, they see the antithesis of everything they believe in from the standpoint of public policy and the practice of governing.”

Like Trump and Biden, they got after each other hammer and tong. Fordice won the election with 55.4 percent of the vote.

The Trump-Biden debate was chaotic. But at places like the Neshoba County Fair or the Jacinto Courthouse, where politics remains a contact sport, it is — for good or ill — just another day at the office.

School’s mission is about way more than a man

As a mom of five, I’ve done my share of college preview days. The walking tours, the scholarship Q&As, the... read more