Co-Lin football paused due to COVID-19 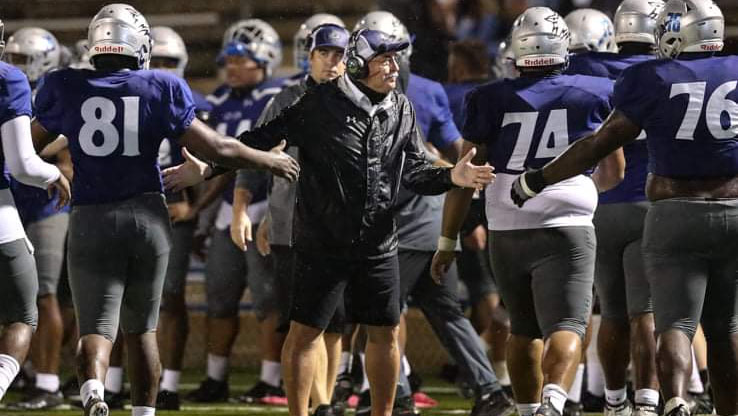 Photo by Chuck Barnes/Co-Lin Sports Info Copiah-Lincoln head coach Glenn Davis and his team are 2-0 on the season but will have to take a two week break due to COVID-19, the school announced in a release over the weekend.

Sunday a release was issued by Copiah-Lincoln Community College that the upcoming game scheduled for Thursday against Mississippi Gulf Coast C.C. has been postponed.

The football program at CLCC has suspended football operations for two weeks due to COVID-19 concerns.

The game will now be played on Thursday, Nov. 19, in Perkinston.

“Out of an abundance of caution, we’ve taken this action to continue to protect our student-athletes, coaches, fans and administrators,” said MACCC Commissioner Steve Martin in the release. “We will continue to monitor the situation as we move forward.”

Holmes C.C. has also had their team on a two-week break and issues with the virus caused the cancelation of a game between Northwest MS C.C. and Delta in the opening week of the season.

The league’s presidents voted last week to add a week to the end of the regular season as teams shuffle their schedules after cancelations and postponements. The presidents also pushed back the date of the championship game to Dec. 5.

CLCC is 2-0 on the season after a 27-24 win over Pearl River in their home opener. The game against Hinds on Oct. 22 has also been postponed with no makeup date announced yet.

Anterio Miller made the most of his one night…