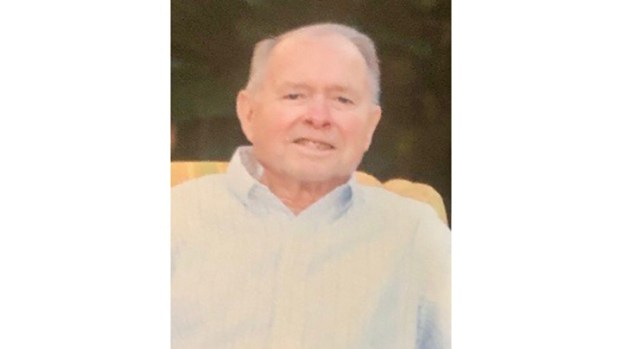 Mr. Powell, 87, of Brookhaven, passed from this life October 14, 2020. He was born in White Bluff, Mississippi, January 29, 1933, to James Clad Powell and Neva Marie Price Powell Hendricks. He served his country in the United States Navy during the Korean War. Mr. Powell was the owner of R. B. Wall Oil Company where, over the years, he provided “first job” opportunities for hundreds of young men, and he was a member of Central Baptist Church. He was a member of various clubs including VFW Post 2618, American Legion Post 79, Wahabi Shriners, Grand Encampment of Knights Templar, Master Mason Grand Lodge of Mississippi, John A. Galbreath Lodge 334, and a founding member of Brookhaven Academy, serving on the first Board of Directors. He was an avid hunter and fisherman and owned bird dogs his entire life up to just two years ago. He enjoyed collecting guns and attending sporting events, especially those involving his children and grandchildren. He took care of a lifetime stable of dogs … “Everyone should be so lucky to be Doyle Powell’s dog” was an often-used refrain around the Powell house and business. In lieu of flowers, donations are requested for Wounded Warrior Project P.O. Box 758517, Topeka, KS, 66675, www.woundedwarriorproject.org or National WWII Museum, New Orleans, Louisiana, where he was on the Honor Roll of Charter Members. Please go to www.nationalww2museum.org, follow the Tribute link for James Doyle Powell to make donations.

Mr. Powell’s family extends special appreciation to the caretakers who provided gracious assistance to our father including Renea Dawson, Becki Berry and Rebecca Cameron. We also would like to thank the wonderful medical staff in various Brookhaven offices, who did so much in caring for our father.