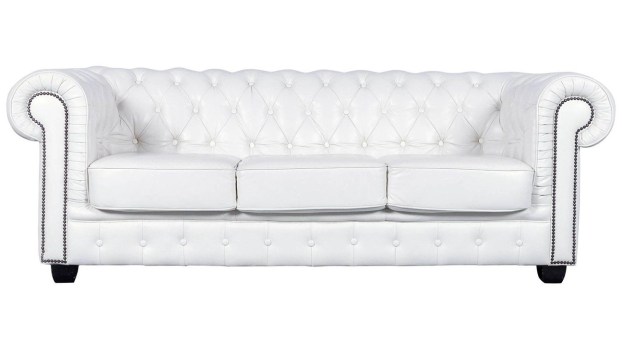 Waking up to new COVID-19 realities

So I thought we needed a white couch. Everywhere you look, white couches. Off-white couches. Blame it on Pinterest and the farmhouse push. I erred. Had my husband drive all the way to Mandeville, I did.

“Perfect,” I proclaimed at the sight of it.

“Are you sure?” He questioned.

I was sure. Then.

But a few days later three grands came for a week, and I was a little less sure. I felt like I had to keep it covered up all the time, and the debate rolled on in my mind: It’s slipcovered. It will wash. Just look at Pinterest.

Still, I ended up with buyer’s remorse which led to a Saturday night decision to let go of the prized piece of furniture. It sold 15 minutes after I posted it online. By Monday, we had five white couch wannabe buyers on a waiting list when somebody named Donna drove it away to Laurel. I even made a 30% profit off the deal, but my husband wasn’t impressed. He just kept bringing up that two-hour trip to Mandeville.

So, I found myself on another sofa hunt. This time, I determined to be a little more analytical. After all, I was making a decision that we’ll have to live with what, 10 years at the most? It only had to match the rug, the paint, the drapes, the shades, my skin tone, and every other stick of furniture in the room, right? Not to mention the fabric had to hide popcorn stains, and the frame had to suit the napping preferences of all parties involved. Oh, and there were those measurements it had to fit, too.

But I was primed. I was ready. And I was alone. For some reason, nobody else wanted to go.

Even in his absence, though, I could picture what would happen if my husband joined me at the store.

“Let’s get real here, Kim,” he’d call back over his shoulder, leaving me behind at the salesperson’s mention of coffee. “It doesn’t have to be the best couch ever. It’s just a couch.”

Then he’d quote me a verse about contentment, and I’d start wondering if we could get by with a loveseat. Nah.

The task had to be done, but after a few disappointing attempts, my quest turned into the kind of thing you bemoan to your friends. One listened to my sad story, then told one of her own. It seems her mother-in-law has been searching for a sofa, too. For three years.

Three years? Now I admit, that scared me. I decided to find something. Anything. It’s just furniture, right?

So the question is, why were we still sofaless weeks after our couch went to live in Laurel? I’ll tell you why. The novel coronavirus has messed up everything, even furniture shopping. More precisely, it’s messed up furniture production. You can sit all day on comfy sofas and chintz chairs in the showrooms, but don’t expect to take one home before Christmas. At least, that’s my experience.

I realize couch conundrums are pretty low on the COVID totem pole of concerns, but it woke me up to yet another new reality. I’ve faced a few of those lately, like when my dad tested positive and the meds his doctor prescribed announced his condition like a verse of “Hail to the Chief.” I guess that’s why suited up pharmacy workers tossed them into my trunk from six yards away.

And my daughter began another semester with instructors who don’t seem to take distance learning seriously. Even I can figure out how to record a lecture. What’s up with that, educators? Enough posting slides already.

And then there’s church. Will we ever enjoy another fellowship meal together? Like elbow to elbow? The mac and cheese, iron sharpening iron kind?

At the top of the totem pole, though, would be friends facing hard hospital stays alone because of pandemic restrictions. Patients dying alone. Funerals postponed. Weddings held, but open to immediate family only. Graduations canceled.

It seems everybody these days has a “waking up to a COVID reality” story. Send me yours, and I just might share it in a future column.

“I wish it need not have happened in my time,” said Frodo. “So do I,” said Gandalf, “and so do all who live to see such times. But that is not for them to decide. All we have to decide is what to do with the time that is given us.” — J.R.R. Tolkien, The Fellowship of the Ring.

Like everything else in 2020, the election cycle seems to have been going on for WAY too long. In less... read more