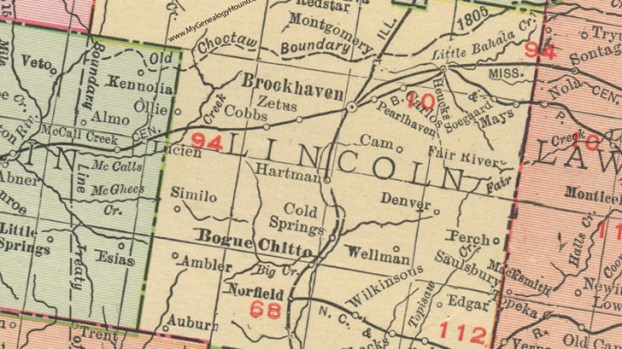 Board of Supervisors hears update on map project

On Monday, the Lincoln County Board of Supervisors meeting began with an update from David Rankin.

Rankin, a contractor for the office of Tax Collector/Assessor Blake Pickering’s office, brought an update to the board concerning the mapping project Rankin and his team had been working on.

He gave a recap on the project and how his team was able to clean up two year’s worth of mapping records in a span of 60 days.

“It was a lot of clerical work,” Rankin said. “The majority of the issues have been resolved.”

The files Rankin and his team attended to needed attention, and so they were brought in to assist on a job that Pickering’s office would not be able to complete alone.

Rankin stated the records for the 2020-2021 year already need attention, as well.

While the majority of the files were resolved, there will be a remaining stack that will need further attention.

“It’s a problem stack,” Rankin said. “Every county has one.”

Many of these files will need the county’s legal counsel’s eyes on them, as many of them are vague. The owners of these tracts of land will need to be contacted first.

“Some of these files are unworkable at the moment,” Pickering said.

Rankin’s team will continue to work on the mapping files and a freeze on hiring for Pickering’s office was approved by the board.

Economic Development Council Director Garrick Combs gave an update to the board about projects at the Linbrook Business Park.

He stated that construction on the second concrete pad at the park had been completed.

“Greenbriar did a good job,” Combs said about the project.

He also submitted the Keystone property for an award through the governor’s economic counsel.

After the death of county attorney Bob Allen, the board approved Allen’s firm Allen, Allen, Breland and Allen as the county’s legal counsel. Will Allen, his son, will act as senior representative for the firm.

• An amendment to The Food Service Partnership Agreement.

• A three-day trip for Sheriff Steve Rushing to attend a training conference in December.

COVID-19 update: Are you now immune if you’ve had the virus?

Am I immune to the coronavirus if I’ve already had it? You have some immunity, but how much and for... read more