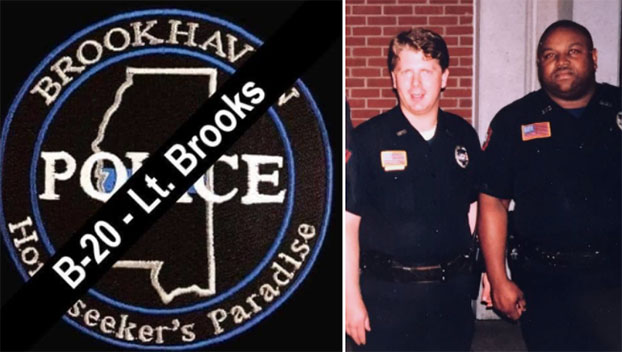 He likely saved my life: Tributes made to Brookhaven officer who died of COVID-19

A former Brookhaven police officer who was shot in the line of duty paid tribute to fellow police officer Marzell Brooks, who Bundy credits with saving his life.

Dave Bundy posted on social media Monday his tribute to Brooks, who died Sunday from COVID-19.

“For those that know I was once a police officer, my friend Marzell Brooks passed away last night after testing positive for COVID,” Bundy wrote. “He likely saved my life the night I was shot on duty. I spent a lot of time with him as he helped train me. He loved his job and it showed every day in every way. God blessed me to know you.”

Lt. Brooks died Sunday night from COVID-19-related causes. Brooks served many years as an officer with the police department and as a school resource officer for Brookhaven School District.

Two former Brookhaven police chiefs said Brooks death was a loss to the police department and to the community.

“This community has lost a jewel. They have lost a jewel, and I think they have realized it already,” Bell told WLBT. “He was special, and like I say, I loved him.”

“This one hit me hard,” he told WLBT.

Tyler Funeral Home in Brookhaven is in charge of Brooks’ funeral arrangements.

The Brookhaven School District has released a list of places where students can access free Wi-Fi during the virtual learning... read more