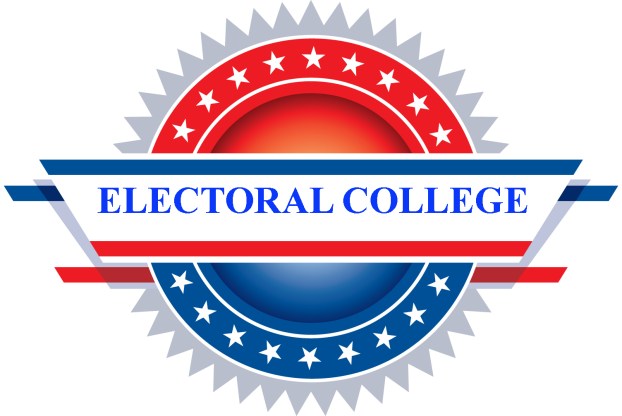 The Electoral College, as confusing and messy as it often becomes in presidential politics, remains the only safeguard against having our national leadership chosen by the citizens of a few densely populated states on the east and west coasts of our country rather than the voters of all 50 states.

After every presidential election, there begins the inevitable debate about the worth of the Electoral College. The complaints are the loudest when, as in 2016, when a candidate wins the popular votes by several million votes but loses the electoral vote.

As a constitutional republic, in America it is the electors of the 50 states through the Electoral College that elects the president, not the popular vote. The Constitution allows the individual states to determine how their electors are chosen and how they cast their votes.

Of course, many Trump supporters reject the outcome of the 2020 presidential and want the Trump campaign’s legal challenges to continue. But those efforts are running out of legal runway.

On Dec. 14, presidential electors meet in their respective states and formally vote. On Jan.6, 2021, there will be a joint session of Congress to count the electoral vote results from the 50 states and declare a winner when one candidate reaches 270 electoral votes.

The forces determined to eliminate the Electoral College in the misguided name of “one man, one vote” have gathered behind the National Popular Vote Compact movement — which seeks to avoid amending the Constitution by eliminating the Electoral College by use of an interstate compact. Many legal scholars believe that strategy is unconstitutional without the consent of Congress.

But the theory is that if states with a total of 270 electoral votes enter into the compact, the popular vote in those states will be given the force of law to decide the election. Critics doubt that the compact would have the force of law and that congressional consent would be required — and that the Constitution can’t be changed without a formal constitutional amendment.

The conventional wisdom on the electoral vote is that it ensures that a U.S. president has sufficient popular support spread drawn from a distribution that is geographically diverse enough to enable the chief executive to be effective in governing. A growing number of people disagree.

To date, 15 states and the District of Columbia have entered the National Popular Vote Compact, representing 196 electoral votes. Expect this effort to continue, but understand that this is an urban versus rural, liberal versus conservative, and Democrat versus Republican political standoff.

In Shakespeare’s Hamlet, Polonius advises his son departing for his university schooling: “To thine own self be true.” As the... read more