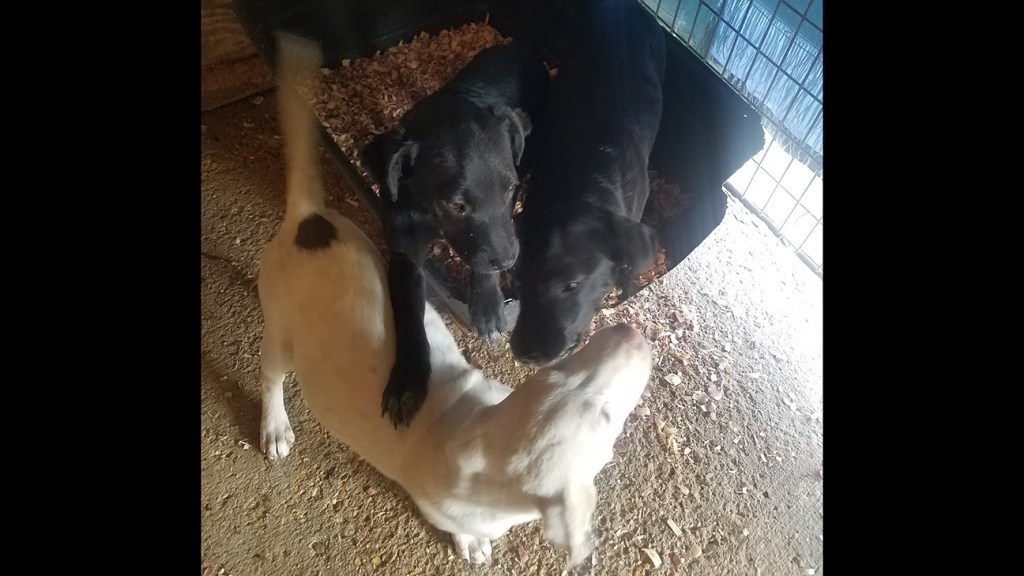 Photo submitted Puppies like these have been dumped around town recently, and Brookhaven Animal Control Officer Sharon Norton says there’s no place left to take them in.

With the holiday season in full swing, city animal control is seeing an increase in animal dumping.

According to reports from Brookhaven Police Department, there were seven animal control related calls on Monday. Animal control officer Sharon Roxanne Norton and her partner attended to each of those calls personally.

“There were calls coming from all over town,” Norton said. “It was left and right, we even had to skip our lunch to get these calls taken care of.”

The animals Norton and her partner saw Monday were dumped dogs, and they knew these were dumped.

“You can tell they had been dumped,” Norton said. “It’s always puppies at least five or six months and up.”

Norton said animal dumping is a common problem in the area, but that it sees a dramatic increase during the holidays. The reason for that is to clear out space.

“A lot of puppies and dogs start getting dumped,” Norton said. “It’s always been like that every year. They get rid of their older dogs and then want a new puppy after that.”

According to Norton, both the city pound and the Brookhaven Animal Rescue League are full right now.

“BARL is packed right now,” Norton said. “There’s no room at the pound.”

For anyone who sees a dumped animal, Norton said that person has to make a decision on what to do.

“It’s up to them, but when they pick up a dog it’s going to be a challenge to get it to a rescue or shelter,” Norton said. “I know it’s hard to keep passing them up, but it’s up to the people.”

One thing owners can do in order to keep their dogs from becoming lost is getting them microchipped.

“I scan every dog that comes through the pound,” Norton said. “I love microchipping. ID collars are great, but they can fall off. That microchip is a different story.”

Dogs of the same breed can often look alike, and having your dog microchipped can be the proof needed to claim your pet from a pound or shelter if they become missing.

“You can prove that’s your dog if you have a microchip,” Norton said. “That microchip is a sure thing.”

She said that the worst thing you can to an animal is dump it. Instead of dumping, consider taking the animal to a shelter and joining the wait list if space isn’t available.

“You wouldn’t dump your kid if you didn’t want them anymore,” Norton said.