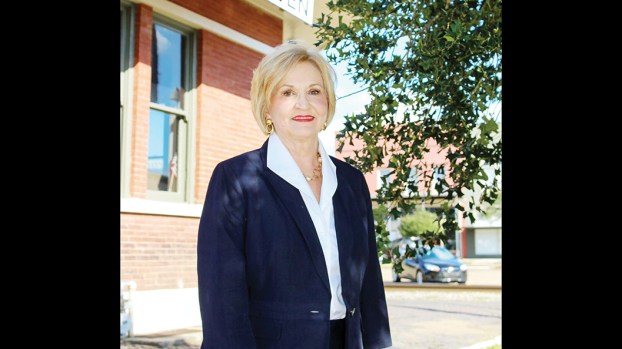 Sullivan has had a few careers during her time. She started out teaching high school English. She later helped her husband run their sports supplies store.

In 2009, she started a new career as alderwoman at large. She was even the first woman elected to the position.

“I ran (the board) at the encouragement of Les Bumgarner, who was mayor at the time,” Sullivan said.

Sullivan said the primary reason a city has an alderman/alderwoman at large is to make the board an odd number. Her position has often been called the tiebreaker vote.

“I didn’t like that,” Sullivan said. “I was determined not to be just a tiebreaker vote. But I wanted to contribute something to the city, to my beloved city.”

Sullivan and her husband Doug moved to Brookhaven in 1970 due to his hiring at Brookhaven High School. He had a few careers too, with running Sullivan’s Sports Supply and even being elected mayor in 1994.

One thing she said she has learned in her position is to listen to her constituents.

“They come first,” Sullivan. “We should do everything we can to serve them.”

While Sullivan didn’t have a specific ward to supervise, she still wanted to help Brookhaven improve as a whole.

“While the present is extremely important, you always need to look to the future,” Sullivan said.

Being alderman at large also allows one to work on projects that ward aldermen wouldn’t necessarily have time to do. Sullivan had the opportunity to work on a number of projects.

These projects included adding historical markers around town, planting trees at area cemeteries, enhancing walking trails and even adding in sidewalks near one of the schools. Sullivan used her background as a high school English teacher to write and help the city apply for grants for these projects.

“My favorite thing about my job has been getting to know people I would have otherwise not have met,” Sullivan said. “There are some great citizens here.”

Her retirement comes out of a caring place, not out of a need to discontinue her work.

Sullivan said the best way for Brookhaven to grow is out of a mutual love for the city.

“If the citizens and the city can be partners, we can reach great heights,” Sullivan said.

With the holiday season in full swing, city animal control is seeing an increase in animal dumping. According to reports... read more