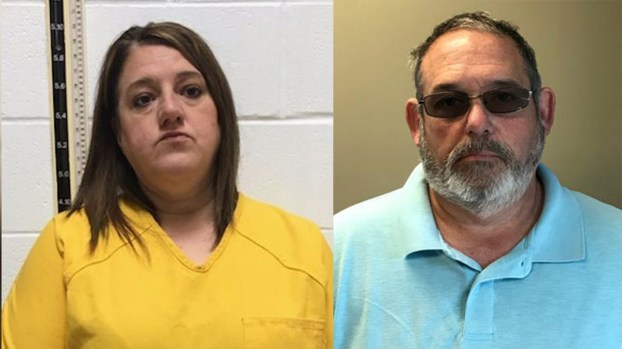 A former Pearl River County Crimestoppers board member and officer has been arrested for embezzlement.

Monday, State Auditor Shad White announced special agents from his office arrested Michelle McBride after she was indicted. She surrendered to the agents at the Pearl River County Sheriff’s Office.

McBride allegedly used her position as secretary-treasurer to embezzle more than $52,000 from PRCCS over a five-year-plus period, from January 2014 to April 2019. Investigators believe McBride used the PRCCS debit card to personal rodeo expenses and transferred funds to fraudulent non-profit accounts owned by her.

If convicted, she faces up to 25 years in prison and $15,000 in fines. No surety bond covers McBride’s employment with the PRCCS. Surety bonds are similar to insurance designed to protect taxpayers from corruption. McBride will remain liable for the full amount of the demand, in addition to criminal proceedings.

“It is disheartening to see money intended to make our communities safer instead go to someone for their personal benefit,” said State Auditor White, “but I am grateful for the work of our investigators and the help of the district attorney’s office in putting a stop to it. We will no longer tolerate this kind of theft in Mississippi.”

Special agents from the auditor’s office arrested Brewer in February 2020 after being indicted. He sold two city-owned vehicles to members of his own family and kept the proceeds from the sales. The auditor’s office has already recovered the entire amount of the demand issued to Brewer.

“As long as I hold this position, the auditor’s office will continue to hold officials accountable when they use their offices to benefit themselves or their family,” said Auditor White. “This sort of illegal self-dealing will not be tolerated.”

Judge Wilson sentenced Brewer to time already served in prison in addition to two years of probation. The judge also issued a $500 fine. The guilty verdict will also prevent Brewer from being employed by a government office in Mississippi again.

Suspected fraud can be reported to the Auditor’s office online any time by clicking the red button at www.osa.ms.gov or at 800-321-1275.

Elderly residents eager to get vaccinated

Elderly residents in the community are eager to receive the COVID-19 vaccine. For Brookhaven resident Joy Ann Pickering, receiving the... read more