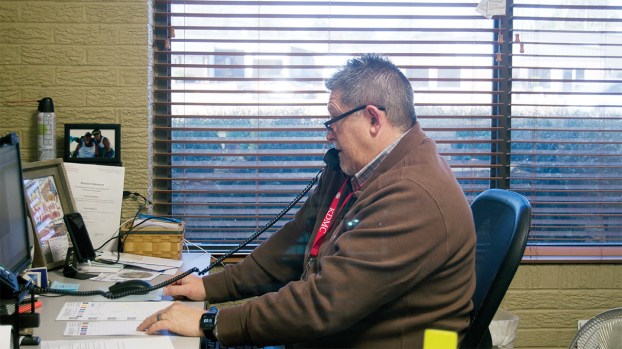 The second shipment of vaccines received by King’s Daughters Medical Center have been claimed, and hospitalizations are rising.

On Wednesday, KDMC opened phone lines so residents could schedule a vaccination appointment for Jan. 16. There were 500 doses available for ages 75 and up, and those doses were claimed within two hours.

“Once the phone lines came up back, it took about two hours,” KDMC Director of Marketing David Culpepper said. “These doses were designated to us by the health department for ages 75 and up.”

The first round of vaccines KDMC received came earlier this month, and 300 vaccines were administered to those ages 75 and up. When the phone lines opened up for the previous shipment, these were all claimed within 90 minutes.

The next vaccination day is Jan. 16 and Culpepper expects the day to go smoothly.

He hopes the age group receiving the vaccine and their loved ones understand that help is on the way.

“Maybe we can get back to some sense of normal sooner rather than later,” Culpepper said. “We’ve let our guard down, but we still need to be vigilant. This (the vaccine) is another tool in the toolbox to care for this community the best we can.”

Culpepper also hopes administering the vaccine to residents will cut down on hospitalizations.

“That is our hope, that’s the whole idea behind it,” Culpepper said. “That’s why we asked to ask to do this. We want to keep this age group out of the hospital. We want to manage in patient and out patient within our hospital.”

As of Thursday, there were 1,366 individuals hospitalized with the coronavirus in Mississippi. Of that total, 347 were in the intensive care unit and 219 were on ventilators.

You asked: When will the Lincoln County Health Department have vaccines?