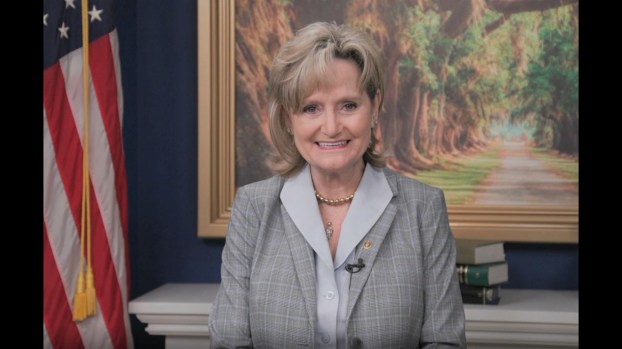 U.S. Sen. Cindy Hyde-Smith (R-Miss.), of Brookhaven, reintroduced a balanced budget amendment to the U.S. Constitution on Wednesday, which would require the president and Congress to enact annual balanced budgets.

Like the measure introduced by Hyde-Smith in 2020’s 116th Congress, the joint resolution proposes a constitutional amendment outlining requirements for submission and approval of annual balanced budgets.

“A balanced budget amendment … would compel our nation’s leaders and the American people to make difficult choices to get our fiscal house in order,” said Hyde-Smith, who serves on the Senate Appropriations Committee.

The legislation, co-sponsored by 15 other Republican senators, would require the president to submit a balanced budget, require Congress to pass a balanced budget, restrict federal spending to 18% of the Gross Domestic Product, require a two-thirds majority vote in both the House and Senate in order to raise taxes, and require a new three-fifths majority vote in both houses to raise the debt limit. The joint resolution also includes certain spending waivers for use during wartime or imminent danger to national security.

“Our national response to the coronavirus pandemic has accelerated federal spending at a rate that compounds our already serious debt problems. The new deficit spending is a necessary answer to a national health emergency, but it would be completely irresponsible not to establish a strong framework from which to tackle our nation’s long-term fiscal problems — and ultimately the future of this great country,” Hyde-Smith said.

Two Lincoln County men have been promoted at Bank of Brookhaven. Bill Sones, chairman of the bank’s board of directors,... read more